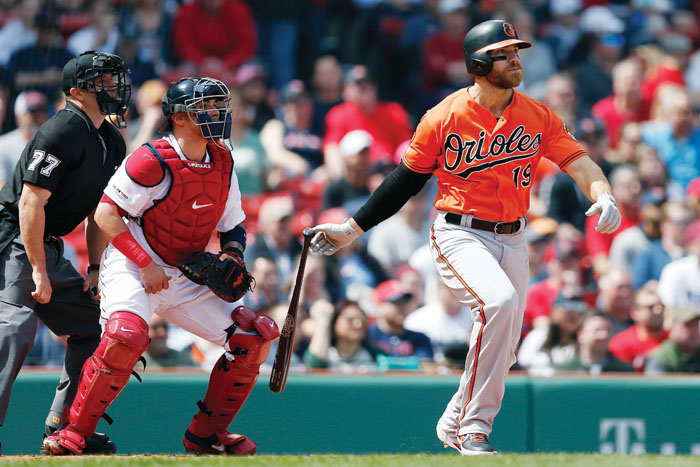 Dansby Swanson drove in three runs, while Acuña, Nick Markakis and Johan Camargo each added two RBIs. Josh Donaldson went 2 for 3 and hit his first homer with the Braves in the seventh.

Touki Toussaint (1-0), recalled from Triple-A Gwinnett earlier in the day, earned the win with six strong innings of relief. He allowed four hits, one unearned run and two walks with seven strikeouts.

Acuña, last season’s NL Rookie of the Year, is hitting .579 with seven runs scored, three homers and eight RBIs over his last five games. Freeman began the day leading the NL in on-base percentage and has reached safely in Atlanta’s first 14 games.

The Braves went up 8-4 in the second off reliever Corey Oswalt (0-1) on RBIs by Freeman, Acuña, Markakis and Swanson. Markakis’ first homer of the season made it 9-4 in the fourth.

New York tied it at 4 in the second as Braves starter Sean Newcomb loaded the bases. Juan Lagares followed with a two-run double, Oswalt had a sacrifice fly, and Jeff McNeil drove in two with a single. Toussaint took Newcomb’s place after the left-hander allowed five hits, four runs and two walks in 1 1/3 innings.

Mets announcer Ron Darling said during the TV broadcast that he will have surgery next week to remove a “large mass in my chest” and hopes to return to the broadcast booth in May. Darling, 58, said a series of tests revealed the mass. He didn’t provide further details on the diagnosis.

BOSTON (AP) — Chris Davis ended his record slump at 0 for 54 and drew applause from rival fans at Fenway Park, getting three hits and driving in four runs as the Baltimore Orioles beat the Boston Red Sox 9-5 on Saturday to end a four-game losing streak.

Davis walked to the plate in the first inning to what mostly appeared to be mock cheers when he was announced. But many of those quickly changed when he lined a bases-loaded, two-run single over the head of second baseman Dustin Pedroia, ending the longest hitless streak ever by a position player. Once he safely reached first, Davis tipped his cap to the Orioles dugout and many of his teammates raised their arms and hollered in support. He smiled and made a motion that he wanted to ball, which he got.

Davis, a former two-time major league home run champion, later hit two doubles. He had been 0 for 33 this season. The all-time record for a hitless streak by any player is an 0-for-85 drought by pitcher Bob Buhl in 1962-63.

Sabathia allowed one hit and no other baserunners in his return from the injured list, and Domingo German (3-0) followed by striking out four in two overpowering innings.

CHICAGO (AP) — Zack Cozart broke out of a slump with three hits and Cody Allen wiggled out of a jam in the ninth inning, helping Los Angeles win for the seventh time in its last eight games.

Ty Buttrey (1-0) earned his first major league win in his 23rd appearance, and Tommy La Stella reached four times against his former team. Allen struck out Daniel Descalso with two runners on in the eighth, and then closed it out for his fourth save.

SAN FRANCISCO (AP) — Madison Bumgarner pitched into the eighth inning to give a weary bullpen much needed rest and the Giants beat Colorado to hand the Rockies their eighth straight loss.

After outlasting the Rockies 3-2 in an 18-inning game that took over 5 ½ hours and ended shortly before 1 a.m., the Giants came back about 12 hours later and wrapped up this win in 2 hours, 48 minutes.

Snell didn’t allow a hit until Luke Maile singled with one out in the sixth.

WASHINGTON (AP) — Adam Eaton and Howie Kendrick homered on consecutive pitches in the eighth inning and the Nationals rallied past the Pittsburgh Pirates.

After Richard Rodriguez (0-1) retired the first two batters in the eighth, Eaton tied it with his first home run of the season. Kendrick then connected for his second.

Dean hit his first major league homer and also drove in two runs with his first career triple to complete a 4-for-4 night. The performance came in the outfielder’s second game since being recalled from Triple-A to make his season debut with the Marlins.

The start of the two-game series marked the first time either team had played in the regular season in Mexico.

Ian Kennedy pitched a perfect eighth and Willy Peralta followed in the ninth for his first save to complete the two-hitter. Ryan O’Hearn homered, and Whit Merrifield and Adalberto Mondesi each had an RBI single for the Royals.

Jefry Rodriguez (0-1) gave up two runs and five hits over 5 2/3 innings in his first start with Cleveland.