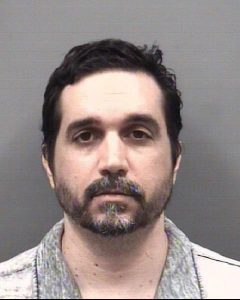 ROCKWELL — A Rockwell man was charged Thursday with possession of child pornography.

Michael Christopher Lestingi, 42, of the 1000 block of Flash Bullet Drive, was charged with five counts of felony third-degree sexual exploitation of a minor.

Investigators with the Salisbury Police Department said Lestingi downloaded and then shared pornographic images. The arrest warrant dates to July 2018, when the investigation began.

Police said Lestingi turned himself in Thursday. He remains in the Rowan County Detention Center under a $50,000 secured bond.

Might as well get that book you’ve been wanting to read, it looks like a stay inside kind of weekend.... read more