Quotes of the Week: ‘Never too old to just play’ 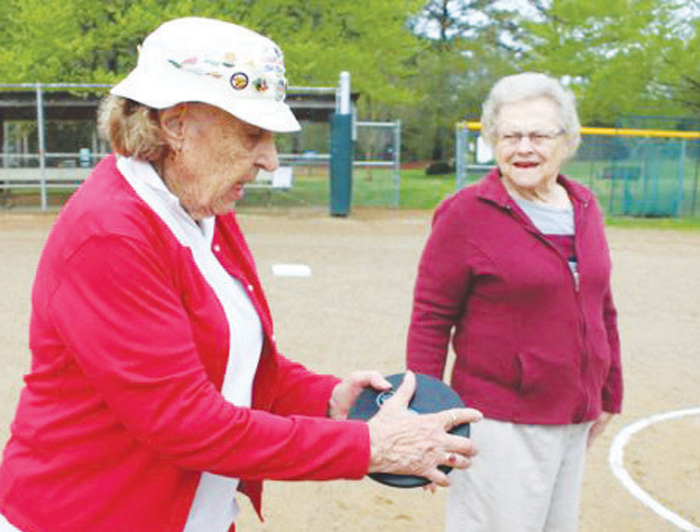 Hazel Trexler-Campbell teaches Frances Wells how to throw a discus at the kickoff for Salisbury-Rowan Senior Games in 2019. Andie Foley/Salisbury Post File Photo

Hazel Owen Trexler-Campbell, 96, who was among the athletes who turned out at Ellis Park on Tuesday for the kickoff of this year’s Salisbury-Rowan Senior Games

“I’m doing this hoping I can live as long as Hazel.”

Angie Newsome-Potter, 64, also a participant in the Senior Games

“It’s pretty obvious the state of our buildings when a teacher chooses to use a ratty trailer instead of going inside the school. That tells me some insides of our schools are not as good as a trailer.”

Travis Allen, a member of the Rowan-Salisbury Board of Education, during a discussion about whether to remove mobile units at a time when the school system is also grappling with rising building upkeep costs and has classrooms that are under capacity

“She taught me courage. I’m sad to lose a big sister and friend in this life and community.”

Ash Love, a Salisbury photographer and community activist, on the sudden death of the Rev. Latasha Wilks, 45, a fellow activist and leader of youth programs

“At the end of the game, all that matters is the outcome. … As long as we win, I’m happy.”

Heath Mitchem, who went 4-for-5 and drove in four runs in the Catawba College baseball team’s 16-10 win over Queens last weekend

Brian Rankin, one of four partners in Full Force Production Co., which offers recording, photography and marketing services at its new studio on West Innes Street

Marian Rollans, who was among a roomful of Mount Ulla residents who turned out for a community meeting to oppose plans for a new Dollar General store in the area