Custer pulls away to win NASCAR Xfinity race at Richmond 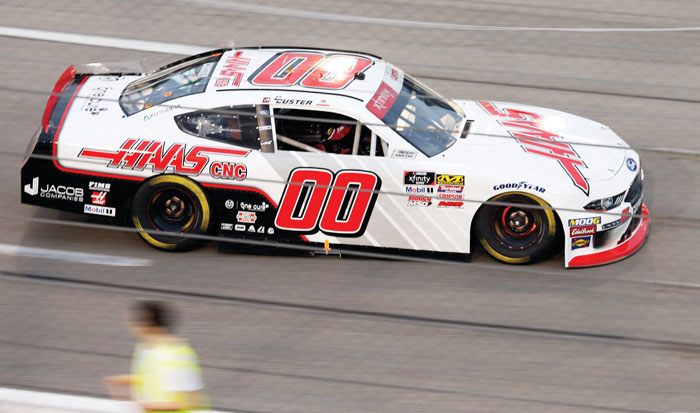 By HANK KURZ Jr. AP Sports Writer
RICHMOND, Va. (AP) — Cole Custer passed Austin Cindric with 20 laps to go and won the NASCAR Xfinity Series race at Richmond Raceway on Friday night.
Cindric had grabbed the lead on a restart with 25 laps to go, but Custer regained the lead five laps later and pulled away for his second victory of the season. The victory also earned Custer a $100,000 bonus as the top finisher among four drivers who qualified.
Justin Allgaier dominated the first half of the race and finished third, followed by Tyler Reddick and Ryan Sieg.
Allgaier had the lead until Custer passed him on the inside after he pitted for tires under a green flag and Allgaier opted to stay out. It was a calculated risk for Allgaier, who won the first stage and was hoping that rain in the forecast and on the radar might arrive in time to shorten the race with him in the lead. By NASCAR rules, if the first two stages of a race are complete, the race is official.
But while some rain came, it was not enough to cause the race to be stopped.
“It was so frustrating. They kept telling me it was 20 laps away,” Custer said of the rain.
Allgaier started seventh but worked his way to the front to win the 75-lap first stage, his third stage victory in the last two races. Custer won the second stage when he pulled away on a restart with four laps to go in the stage.
The race was especially hard on Christopher Bell, who was running near the front in search of his second consecutive victory when he spun, bringing out a caution 10 laps before the end of the second stage. Stopping for repairs put Bell back to 16th position, but when the race went green with 90 laps to go, he very quickly worked his way into contention, running third behind Custer and Allgaier.
But when David Starr spun with under 40 laps to go and everyone pitted, Bell dropped from third to 10th. He finished 16th.
Virginia native Elliott Sadler of Emporia came out of retirement for the race and finished Will12th.
___
More AP auto racing: https://apnews.com/apf-AutoRacing