Lee Street reorganizing and gearing up for newly announced Season 12

It is exciting times at Lee Street theatre (LSt) with the recent announcement of Season 12 and some changes and reorganization of staff.
LSt’s Marketing Director, Jimmy Miller, has left, its Managing Artistic Director, Craig Kolkebeck, has transitioned into the position of Artist in Residence and Technical Director Rod Oden has assumed the role of Executive Director.
Even though LSt is in transition, the commitment to bringing a top-notch theater experience remains the same.

Craig Kolkebeck approached the executive board with the proposed change to his job title and description several weeks ago. After the departure of Justin Dionne, LSt’s first Managing Artistic Director, in 2016, Kolkebeck was hired as the part-time Interim Artistic Director. The reality was that it was a full-time position, and Kolkebeck assumed all of the responsibilities of a Managing Artistic Director and was given that title officially in 2017.
Kolkebeck realized that keeping the balance of being a fully dedicated Artistic Director at Lee Street, while continuing as an assistant professor of Theatre Arts at Catawba College and being a devoted husband to his wife, Judi, has proven a difficult balancing act.
Kolkebeck is refocusing his role to dedicate himself to what he excels at and is passionate about — furthering the mission of LSt through its on-stage productions. Stepping away from the administrative duties as Managing Artistic Director will also help him to have more time to spend at home. 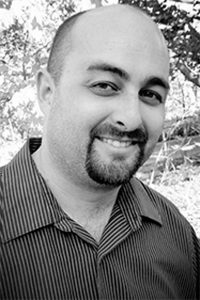 A significant factor that is allowing this change in Kolkebeck’s role with LSt without having to immediately search for a new Managing Artistic Director was the hiring of Rod Oden as Technical Director in 2018. During Oden’s relatively short time at LSt, he has shown a willingness to assume new responsibilities and an aptitude to do many jobs around the theater well. Being the Executive Director is nothing new to Oden, as he has 17 years of theater experience and has previously served as an Artistic Director at another theater in Southern California.
Oden will continue to oversee the technical direction of LSt, but will also assume the responsibility of business management and operation of the theater.

New Season
Although the new season has already been announced, there are still three excellent plays remaining on the Season 11 schedule.
“Blood Done Sign My Name,” an original play written by Mike Wiley, will run from April 18-20 and 25-27;
“Shiloh rules,” written by Doris Baizley, will be presented by St. Thomas Players from June 13-16 and 20-22;
and “Blithe Spirit,” written by Noel Coward, will run from July 18-20; 25-27.
Additional information about each play, as well as information for purchasing tickets, can be found at Lee Street theatre, 329 N. Lee St., 704) 310-5507, www.LeeStreet.org, info@leestreet.org

Fight for Our City boxing event and fundraiser