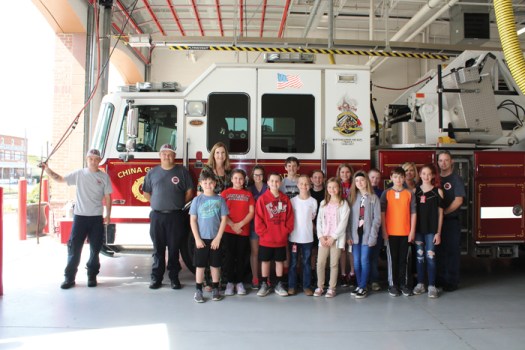 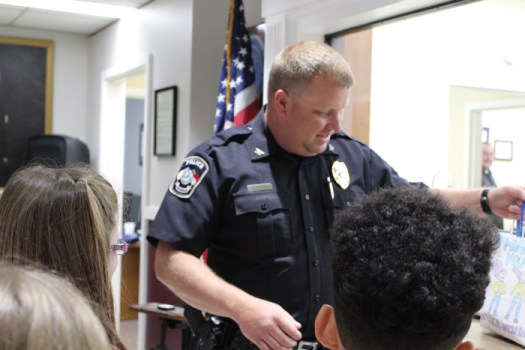 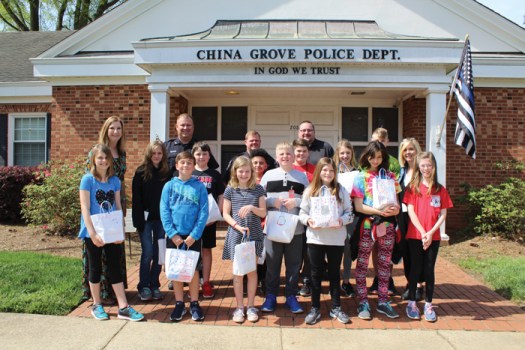 CHINA GROVE — For rising sixth-graders at Bostian Elementary School, a visit to China Grove Middle School was the perfect opportunity to act on a schoolwide focus.

“It’s about being a leader in your community, stepping out and doing the things that you know are right without waiting on others to do it first,” Sigmon said.

The bags, which included bottled water, candy, snacks and handwritten notecards, were given for a purpose, said student Jase Overcash as the students made their delivery at the Fire Department.

“We’ve made treat bags to show (these people) how thankful we are for them,” Jase said.

“We just really appreciate it,” McCulloh said. “It’s nice when the community comes out to support you.”

“It’s good to see the community still looks at us as heroes and thanks us for the service that we do,” Deal said. “That comes and goes. Fortunately, we still live in very good community with small-town values and churches and schools and the classes. They all pitch in and say stuff every now and then.”

According to Sigmon, service leadership was identified as a schoolwide focus as Bostian’s teacher-led design teams began working on the school’s plan for renewal status.

Renewal, or charter-like flexibility in areas such as curriculum and instruction, was extended to Rowan-Salisbury Schools last summer, and Sigmon said service leadership will be Bostian’s chosen marketing theme next year.

But the students are already embodying this focus on community activism. Apart from the fifth-grade project, fourth-graders are collecting items to boost confidence for the Cabarrus County Boys and Girls Club: deodorant, toothpaste and the like.

Kindergartners are writing letters to children at Levine Children’s Hospital in Charlotte. Second-graders are visiting nursing homes and playing games with residents. The list goes on.

“If you would hold a door for our fifth-graders, every one of them would say thank you or offer to take it from you,” said Sigmon. “Kids love doing things like this, and it changes their whole perspective on life when they’re giving back and doing things for others.”