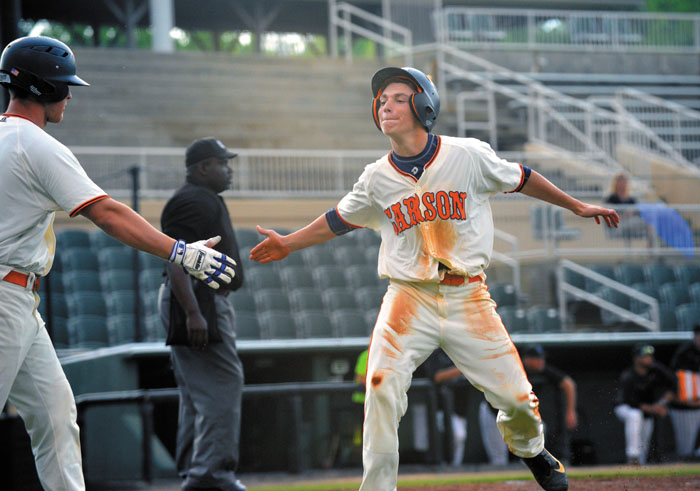 The Cougars rode six strong innings from Hales, a senior right-hander, and a seven-run offensive outburst in the fifth to take a 12-2 win at West Rowan on Tuesday.

The victory broke a tie with the Falcons for first place in the North Piedmont Conference. West had won its previous eight outings.

Carson (14-2, 6-1) graduated its pitching staff last spring, but rather than rebuilding, the Cougars have simply reloaded. Hales, a Coker signee who is in the rotation for the first time, is leading a new group of hurlers. Hales (5-1) has a 1.02 ERA. He’s struck out 52 in 41 innings, while walking only eight.

While the final score looks like a laugher, it was a scoreless struggle for three innings.

But Carson’s response was batting around in a seven-run fifth.

Carson got four more runs in the sixth to lead 11-1. The Falcons evaded the 10-run rule with a single run in the bottom of the sixth. Carson added a run in the top of the seventh to complete the scoring.

Hales allowed five hits, and Carson’s defense played errorless ball behind him. Hales struck out five and walked two. He threw 52 strikes on 79 pitches. Chase Drinkard pitched the bottom of the seventh for Carson and struck out two.

Catcher JT Fecteau provided most of the offense for the Falcons with two hits and three RBIs.

Carson coach Chris Cauble  raises the county record every time his team wins a game. The victory was his 366th as a high school head coach in Rowan County and his 230th at Carson.

Both teams have non-conference games scheduled for today. West plays at Carson on Friday.