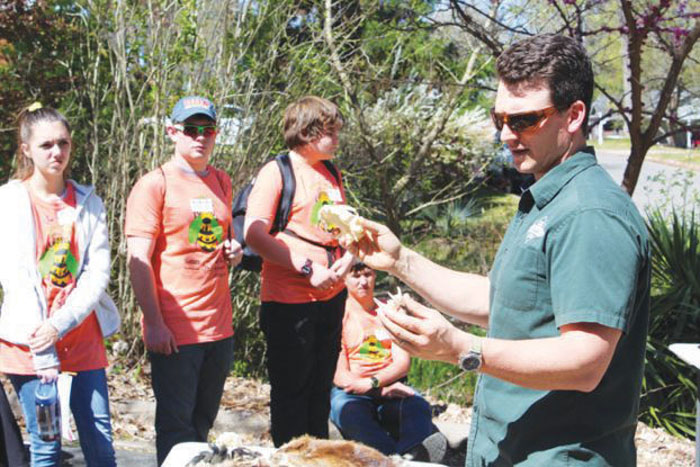 1. U.S. Reps. Richard Hudson and Ted Budd, Republicans whose congressional districts include sections of Rowan County, say they will donate to charity thousands of dollars their campaigns received from Greg E. Lindberg, who was indicted on charges of bribery, conspiracy and other crimes. Who else of note was indicted?
A. Insurance Commissioner Mike Causey
B. State Democratic Party Chairman Wayne Goodman
C. State Republican Chairman Robin Hayes
D. Lt. Gov. Dan Forest

2. Public hearings on the proposed end-of-school-year closings of Faith and Enochville elementary schools were postponed amid school funding questions related to Rowan County’s recent property revaluation. Greg Edds, chairman of the county commissioners, said the property values didn’t come in at a 10% increase as expected. By what percentage did the overall valuation actually increase?
A. 5%
B. 15%
C. 20%
D. 25%

3. Who was elected to his third straight term as chairman of the Rowan County Democratic Party?
A. Mark Lewis
B. Arin Wilhelm
C. Shawn Rush
D. Geoffrey Hoy

4. When speaking last week about whether Landis’ high electric rates have a direct connection to charges of embezzlement against former town employees, interim Town Manager Kenny Isenhour said what?
A. Yes, they do.
B. No, they don’t.
C. It’s not known yet and will have to be sorted out by an ongoing SBI investigation.
D. The town will never know.

5. Paul Lof, 66, of Concord, often can be seen taking video and shooting pictures of firefighters on calls, including those in Rowan County, “so their loved ones can see what they do.” Before retiring, Lof had a 30-year firefighting career in what state?
A. Georgia
B. Pennsylvania
C. Virginia
D. Illinois

6. Duke University basketball star Zion Williamson was born in Salisbury at Rowan Regional Medical Center on July 6, 2000. His parents were Livingstone College students who also excelled in sports. What school record was Williamson’s mother, Sharonda Sampson, a part of in 1998?
A. Most consecutive free throws in a season by the Livingstone women’s basketball team — 27
B. A women’s 1,600-meter relay time of 3:50:33
C. Most team wins in a tennis season by Livingstone women — 11
D. Highest team field goal percentage by a women’s basketball team — 46%

7. LGI Homes will put up a $5 million performance bond as a guarantee it will build the the necessary site improvements for a proposed 250-home subdivision in Granite Quarry. What’s the name of this development?
A. Village at Granite
B. The Derby
C. Village at Stone Glen
D. Village at the Quarry

8. The Kannapolis Intimidators opened their final season in Intimidators Stadium on Thursday night. In 2020, the team will be playing in a new ballpark in downtown Kannapolis. What year did the’ minor league team, then known as the Piedmont Phillies, first play in the present stadium?
A. 1956
B. 1977
C. 1981
D. 1995

9. Horizons Unlimited in Salisbury welcomed students from 12 southern Piedmont counties for a competition testing their knowledge and skills in the areas of aquatics, forestry, wildlife, soils and land use, along with current environmental issues. What is the name for this multinational competition?
A. Land Grabbers
B. Envirothon
C. Green Game
D. Worldly Wise