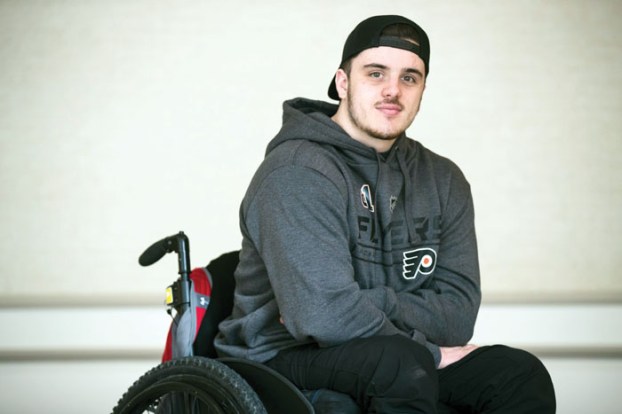 In this Wednesday, March 20, 2019 photo, Ryan Straschnitzki poses for a photograph in Philadelphia, Straschnitzki, a young hockey player was paralyzed in the Humboldt Broncos bus crash in Canada. (AP Photo/Matt Rourke)

A strong-minded teenager rebounds from tragedy 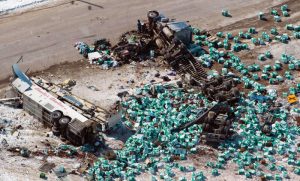 FILE – In this April 7, 2018, file photo, debris is strewn at the scene of a fatal crash between a bus and a truck outside of Tisdale, Saskatchewan, Canada. They were just teens from across Canada with eyes on hockey scholarships and the NHL when the bus left for a playoff game in Nipawin, Saskatchewan. Most sustained permanent physical injuries and other mental health issues. (Jonathan Hayward/The Canadian Press via AP, File)