My turn, David Post: Life may be tougher on the outside 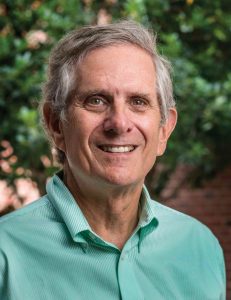 My name is Walter.

I was just released from prison after 10 years for bank robbery and possession of a firearm. Before prison, I had a history of drug use.  Luckily, my wife didn’t leave me and had a place for me to live.

I got a GED while in prison and was able to get a job earning $320 per week. My expenses, mostly rent and child support, are over $900 per month if nothing else happens. The first three weeks are really tight.

Transportation probably consumed 10-15 hours of my time every week and $15 just getting to work and to court-mandated appointments. I had to visit my counselor every week for a urinalysis. So, I had some marijuana my first week out, but I was straight after that. It takes a month to wash that out of my system. So I flunked the urinalysis every week.

Each test cost me $15. My counselor was completely unforgiving.  One week, I swore I was clean, and I took another test. I flunked it, took it again and flunked again. I then “took” my urinalysis report to show a doctor, but she had me arrested for theft.

Every time I flunked the urinalysis, my counselor sent me to my probation officer who I was supposed to meet monthly at a cost of $30 per visit. Suddenly, I was spending $45 per week peeing in a cup.

My jailer told me that my counselor and probation officer were there to help me. They didn’t get that memo.

They were rude, unfriendly and unhelpful. I felt like they wanted me to fail so they could send me to jail. The first week, after flunking my urinalysis, I had to wait an hour in my probation officer’s lobby, but she had a long line and we met five minutes after my scheduled time. Because of that, I got home late, missed my curfew, and was arrested. The judge offered the opportunity to pay a fine to avoid jail, but I didn’t have enough money for that and to pay my child support. Not paying child support would also land me in jail. So, off I went.

At least it was over the weekend so I didn’t miss work.

The next week, after flunking my urinalysis, I told my probation officer what happened. She said that my complaining was disruptive and sent me to court and jail again. The next week, another minor infraction. Back to court. Back to jail.

The one thing I always did right was go to work, get my paycheck and pay my bills.

In the end, though, I felt pretty lucky.

I had a full-time job, a place to live and never had to sell blood or pawn something to have the money to pay my probation officer. After two hours, I was emotionally exhausted.

I don’t want to be Walter.

I was participating in a “re-entry simulation” organized by Candace Edwards, of the Salisbury Police Department; Kathy White, who oversees the reentry program; and Robert Lang, assistant U.S. attorney in Winston-Salem.

The simulation condenses four weeks into 15 minute-per-week segments. The 50 participants were told that the simulation would last two-and-a-half hours.  After an hour-and-a-half, I wondered if I could last for another hour, much less a week, a month or a year or a lifetime.

The strength it takes to live like that is beyond my comprehension.  Walter didn’t have to visit many of the “stations,” including getting an ID, social services, the career center, homeless shelter, food bank, church, loan shark, pawn shop, halfway house, plasma center, discount medical care and others.

During the debriefing, I commented that jail might be easier than this life. Inmates were friendly and the jailer’s bark was worse than his bite. My harsh counselor and probation officer controlled my life with no empathy. To his credit, one participant said that jail kept him from his responsibilities to his family.

What did I learn?

First, getting out of prison has almost insurmountable hurdles even in the best of circumstances — a job and a home. Second, unless the criminal and reentry systems are fixed, my reaction after two hours may be sadly true: crime and being in jail is easier than being free on the outside.

David Post is mayor pro tem of Salisbury and an attorney.