Francis Koster: Help your schools get the lead out 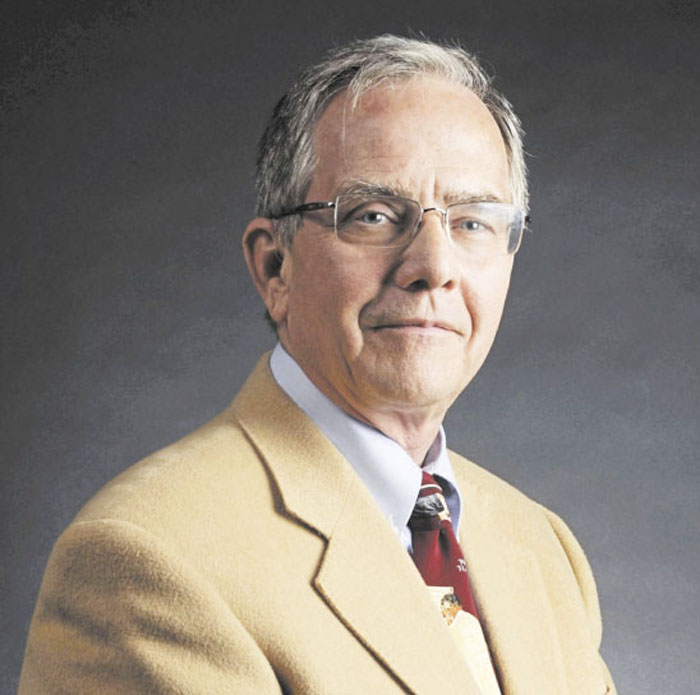 When you send your kids off to swim in a public swimming pool, you can draw comfort that North Carolina law requires pool water quality to be inspected for safety.

However, when you send your kids to a North Carolina school — public, private or charter — no such law exists requiring testing the drinking water for lead.

We can eliminate lead in school drinking water for a very low cost — and huge benefit.

If your brain accumulates lead when you are a small child, the impact lasts a lifetime. Half of all prisoners behind bars for violent crimes have high lead levels in their bodies, which causes loss of self-control1.

Want to lower violent crime? A step in the right direction would be to get the lead out of your schools.

In 2013, one in 38 children had blood lead levels that harm them.2 When schools are tested for lead across America, about 40% turn up at least one drinking fountain or faucet with high lead levels.3 Some of the lead in a child’s body may come from other sources — but for sure some schools’ drinking water contributes to it, at huge cost to your little ones and society.

If a child and his parent both drink the same amount of water contaminated with lead, the child’s brain is damaged more than the parent’s brain because the lead interferes with normal brain development as the child grows up.4

Despite these serious issues, there are no federal rules or regulations requiring testing for lead in schools’ drinking water and none in North Carolina in spite of several years of effort by citizens to get inspections in place.

Here are some astounding findings from schools where testing has been done:

• Maryland adopted a statewide law in 2017 requiring school water be tested. Early in the pilot project, the state found more than two dozen schools had unacceptable levels of lead in their water. There are still 618 public, private and charter schools to test.6

• After passage of a Pennsylvania state law requiring that school drinking water be tested, four of the first six districts were found to have unacceptable lead levels.7

In all these cases, and many more, fixing the problems was cheap and easy. Why are school officials not lining up to test their water? Because the parents have not asked them to.

In North Carolina, inspecting a 400-student elementary school and replacing a few drinking fountains would likely have a cost of less than $2,000 — a one-time cost of about $5 per student.10

These inspections can be paid for using taxpayer dollars from various sources or funds raised by PTAs or civic groups. Trained volunteers can collect the water samples, lowering the cost to the school system.

Right now there are two efforts underway to better protect North Carolina’s children, and both need your help. The first has a focus on very young children in child care centers. The Commission for Public Health is considering a rule that would require testing water for lead in licensed child care centers, with action required if the lead content found is considered hazardous to the children.

The second is for K-12 schools. Legislative efforts have been underway since 2016 to require mandatory testing for lead but these bills have never made it to a vote because the legislature has not heard from parents demanding that school water be tested.

State Rep. Harry Warren and half a dozen other legislators have been working for several years to get a law passed requiring that all public, private and religious schools be tested for lead in the drinking water. Trying again this year, he has introduced House Bill 386, the Ensure the Safety of School Drinking Water Act, which is under consideration right now.

The bottom line? If concerned parents and other community members want to protect children in our community and our state, it is time to step up and reach out to your state representatives to let them know you want this bill passed. It’s past time to get the lead out.

Francis Koster runs The Pollution Detectives, a nonprofit group that lends people equipment to test their environment for threats to public health. More information is at www.thepollutiondetectives.org.

10 If volunteers or existing school staff pull the water samples according to protocols, and if the lab tests costs $15 per test, and if a school has one fountain per 100 students (that is the building code; it can be exceeded), then the cost of inspection for a 400-student primary school with short and tall fountains (twice the building code) is about $120 (plus an hour of labor costs), and if one in eight fountains exceeds desirable levels (track record from around the nation), a replacement fountain costs about $1,000. The one time cost per school is $1,120 per school.