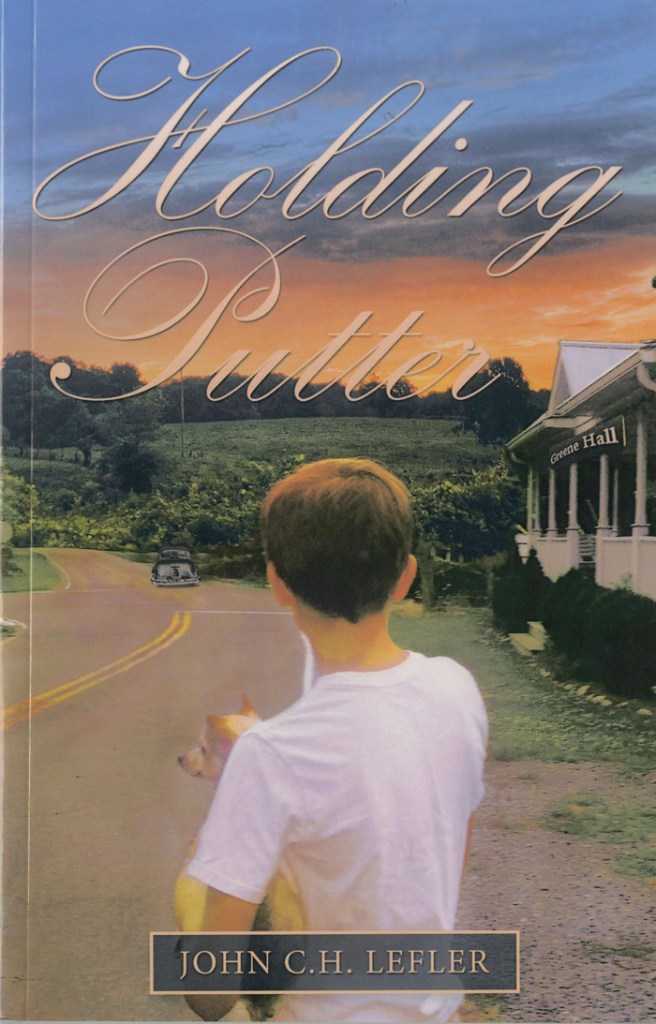 John H.C. Lefler of Misenheimer has a new book, “Holding Putter,” a short novel about a boy and his dog.

But this boy, Sammy, and his dog, Putter, are different. Sammy, growing up in rural North Carolina in the mid-1950s, has seizures, and his family has a very hard time figuring out how to help him.

Putter, an injured Chihuahua, shows up one day and Sammy’s father makes a disparaging remark about the dog, which bonds the old dog to the young son forever.

Sammy’s father is a preacher. Sammy has two brothers, able-bodied and smart.

Sammy is kept home because the schools of the time had no alternatives for him. He has learning disabilities and movement problems.

The book explores the treatment of the disabled, race relations and family relations. Sammy needs a village to care for and support him, and gradually finds much of what he needs. But his struggles are numerous.

Little Putter, blind in one eye, and crippled in his front legs, nevertheless has other skills, like alerting to Sammy’s seizures. That helps Sammy, along with Putter’s devotion.

Lefler uses the story to remind people of the need for others to be sensitive to those who may be differently abled, and to be kind to animals. Sammy wants to be normal, but gradually, everyone learns that normal is not so common.

It’s an uplifting story, at last, and includes poetry attributed to Sammy’s neighbor, who helps start him on a path of education.

Lefler is a North Carolina native and has taught school, been an education administrator and fundraiser for charity. He is the author of one other book and numerous articles, many of which are on grant-writing. He and his wife, Annabeal, have two daughters, five grandchildren and two great- grandchildren. He maintains a website at www.holding putter.com.

The book, published by WestBow Press, is available at Amazon and Barnes & Noble.