Abbott Jerome gets mixed up in another mess 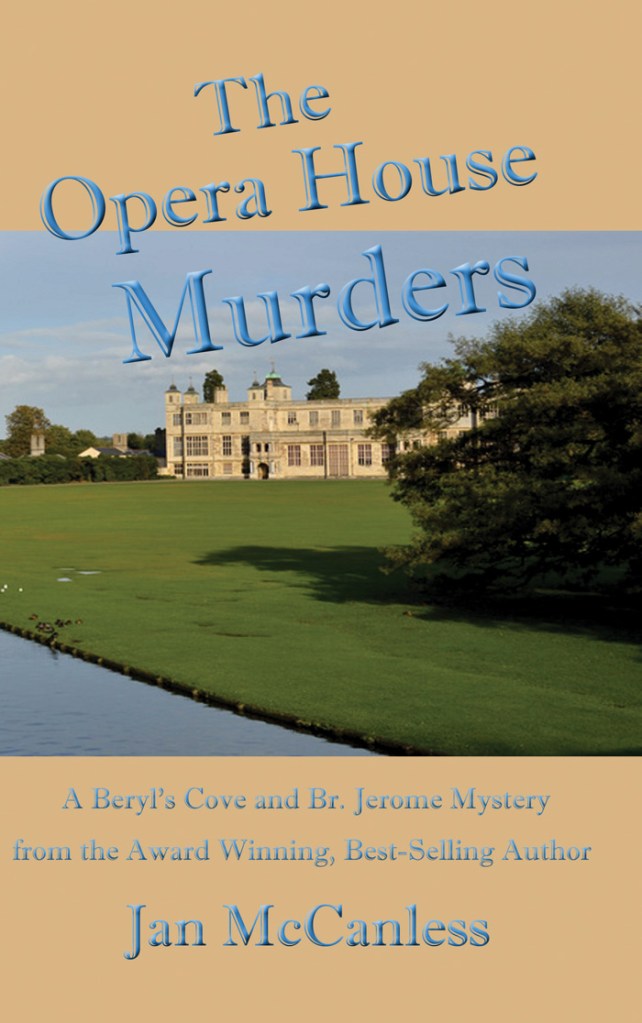 “The Opera House Murders” is the 15th book by award-winning author Jan McCanless.

Her Beryl’s Cove Mystery series has been popular, as have the Brother Jerome books.

This is the third in her Brother Jerome series, and all those characters are back, along with some visitors from Beryl’s Cove, including Dawg and Elvis.

This time around Abbot Jerome, everybody’s favorite misfit monk, is called to England by his feisty, favorite relative, his Aunt Jessie.  She has a family secret she wants to impart to “Chip,” the Abbot, but, somehow she can’t seem to get around to it.

Someone has killed the Lord of the manner, Lord Julian Spencer, and everyone is a suspect. Her Ladyship proves to be a formidable character herself.

Things that go bump in  the night and hidden rooms are in the offering as Chip tries to remain the one adult in the room.

Once back at the Monestary of the Blue Ridge, in North Carolina, things don’t improve any, as the Abbot is called to Charlotte by his bishop due to some things being amiss in the diocese. Chip is just the one to solve the mystery, the bishop thinks.

Hardly a moment to himself and his misfit monks, Chip’s life is complicated further by a fire that destroys the monks’ barn, and the appearance on the scene of a comely female  Episcopal priest, in the mountains on retreat.

How Abbot Jerome balances all this turmoil and solves his crisis of faith makes for another fun read by McCanless.

McCanless’ book tour begins at Park Road books in Charlotte on May 18, followed by Mean Mug in Salisbury, on May 25, culminating in the fall with appearances in Lumberton and Winston-Salem.

The book is available in area gift shops (Statesville and western gift shops especially), the public library, Amazon.com, and can be purchased through McCanless’ website, www.janmacbooks.com. The book is also available on Kindle.