A new heart, a new life: Brenda Brotherton is coming back strong 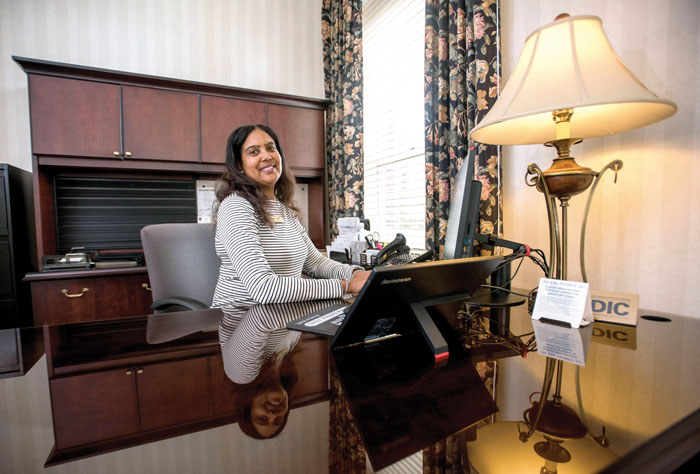 Brenda Brotherton had to cut out her love of running because of heart issues that ended in a heart transplant. JON C. LAKEY/SALISBURY POST

Brenda said, “Although I lost two family members to heart disease at a relatively young age, I truly didn’t think I had anything wrong with my heart. I wasn’t on any medications, didn’t have any health problems other than spring allergies and an occasional sinus headache. I exercised four to five days a week, either running or attending the cycling classes at the YMCA. I got plenty of rest and ate healthy, except for my weakness for M&Ms, and didn’t smoke or drink. I had none of the normal indicators for heart disease.”

In early 2016 at age 53, Brenda developed a cough that she basically ignored, thinking maybe it had to do with the allergies. Her husband, Stephen, commented about the cough but Brenda’s real concern was the struggle with her running. She met with a running group two to three times a week at 5:30 a.m. but was frustrated she could only run one mile. New running shoes didn’t help so Brenda eventually stopped joining the group, considering herself to be a burden.

Less running didn’t help and Brenda soon noticed a change in energy level and any basic task became a challenge. She said, “I would encourage myself to keep moving, wanting to stay active. I pushed myself and my reward would be a short break to regain my strength. Every day included me pushing and encouraging myself. I would tell myself, if you can take 20 more steps, you can rest. Those days, I just didn’t feel well.”

In May 2016, Brenda met with Dr. Barbara Pasani and her team of cardiologists at Wake Forest.

Brenda said, “I had doctor appointments two or three times a month because my heart’s blood ejection fraction was a poor 15 percent and the premature ventricular contractions were 33 percent even though I have never had a heart attack or blockage. During that year, I had numerous medical exams, two ablations, was prescribed a special heart drug and received a pacemaker/defibrillator. A genetic test was conducted, confirming a condition of hereditary cardiomyopathy. My brother and sister were required to undergo a heart exam, both thankfully receiving negative results.”

In December 2017, Brenda was placed on the heart donor list because of further weakness. Several less healthy donor hearts became available but were turned down due to Brenda’s required medication. She also received an infection from the PICC line that administered that medication.

In mid-February 2018, instead of waiting at home for a heart, Brenda was hospitalized. On Sunday, Feb. 25, 2018, a heart was found and she was told that a medical team would examine the heart and if cleared, the transplant was on. After clearance, the procedure started at 7 p.m. and was completed at 5:30 a.m. the following morning, Feb. 26.

Brenda credits the medical staff that played a part in her life-changing journey. She said, “I received the best treatment possible. They all left a special and lasting impression. The medical team, including PA Rogers, Doctors Kamdar, Elijah Beatty, Adrian Lata, Pasani and the entire Advanced Heart Care and Transplant team have been and continue to be wonderful medical professionals. I am grateful for their ability and the genuine care they provided.”

Brenda walked up to a mile daily for the first week and was released from Baptist two weeks following the transplant. She continued to walk and completed three months of cardiac rehabilitation at Novart Health Rowan Regional. Exercises at home include lifting hand weights and walk/jogs on the treadmill.

As soon as the flu season is over, Brenda will return to cycling classes at the Y. She said, “Cycling will really help to build my running strength. Planks and the courage to do them are just ahead.”

Having recently celebrated her one- year heart transplant anniversary, Brenda submitted a letter to be forwarded to the donor’s family. She said, “My donor was a white male in his late forties. I thank him and his family daily for this precious gift. There are no guarantees that I will hear from the donor’s family, as I understand that they have suffered a loss but wanted them to know that they are also in my heart.”

She continued, “It’s my Christian faith that kept me and continues to keep me. I did all that I could do, such as living a healthy life and exercising regularly. I knew that I had to give this situation totally to God and worrying wasn’t going to improve anything. So I didn’t worry nor was I afraid because I felt that I would be okay. I have been blessed to have some wonderful people in my life to help me through this journey. I received prayer and support from my family, so many wonderful friends and others, including F&M Bank, Food Lion, Shady Grove Baptist Church, North Rowan High School class of 1981, and Delta Sigma Theta Sorority.”

Brenda, now 55, still has problems obtaining the required heart quality numbers. She said, “I have been hospitalized twice since my transplant and the side effects from the medication can be challenging. I can’t let that get me down, God has brought me safe thus far and I am sure all will be okay. My focus is living and not surviving. I have a second chance in life, a gift — a blessing. My goal is to return to my passion, running. To start, I must do a 5K soon, surely more walking than running. However, I look forward to the day I put in my ear buds, turn on my favorite playlist and then just go and enjoy the run.”