SALISBURY — A Woodleaf man has been charged with death by vehicle nearly six months after troopers say he was responsible for killing a Warsaw man who stopped to change his tire on Interstate 85.

The N.C. Highway Patrol charged John Franklin Christopher Corley, 29, of the 2200 block of Needmore Road, with the felony offense on Thursday. Corley made his first court appearance Friday. 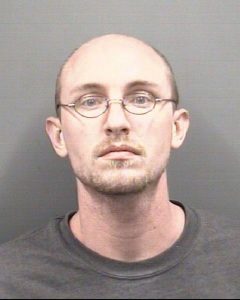 On Nov. 28, Jose Alfredo Orozco, 43, pulled his 2001 black Chevrolet sport utility vehicle onto the left shoulder of I-85. He was getting tools from the back of the vehicle when he was struck by another vehicle.

A trooper said at the time that the three-vehicle collision happened about a mile south of the East Spencer exit.

Officials said Corley was traveling in a 2000 Jeep Cherokee and had been driving southbound on I-85 when he ran off the road and struck Orozco and his vehicle.

Orozco’s vehicle hit the guardrail, then pushed the Cherokee into the back of a gray 2007 Chevrolet SUV driven by Isidro Rivera Chavez of Smithfield. Chavez, who is the brother-in-law of Orozco, was injured in the crash. His Chevrolet came to a stop in the roadway.

Two other people who were in Orozco’s vehicle and two others in Chavez’s SUV suffered minor injuries.

Corley was severely injured, including a shattered leg and a pelvis injury. He was taken to Wake Forest Baptist Medical Center in Winston-Salem by ambulance.

Highway Patrol 1st Sgt. G.A. Barger told the Post in November that a witness recorded video on a cellphone before the crash and showed it to troopers. The video reportedly showed Corley driving erratically for some time before the crash.

Orozco and his family were headed to a quinceañera in South Carolina.

Corley is expected back in court later this month.

Witness reveals details of the night of Sheila Godfrey’s…