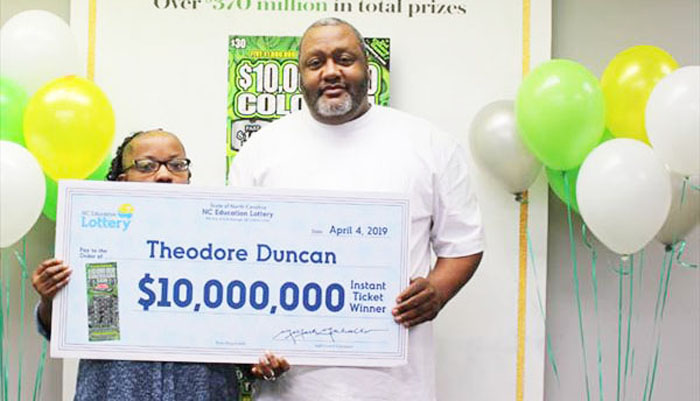 Theodore Duncan celebrated his prize Thursday at the lottery's headquarters in Raleigh.

OXFORD — A man has won $10 million in the North Carolina Education Lottery. The 52-year-old says he plans to spoil his 12 grandchildren.

A statement from the lottery says the Oxford resident’s good fortune came Monday when he stopped by a mini-mart and bought a Colossal Cash scratch-off ticket. He opted for a lump sum over payments and took home more than $4 million after taxes.

Duncan says he was so shocked that he couldn’t drive. He had to have his brother come get him.

The mechanic says he’s retiring and will buy a three-bedroom house with a big pool.