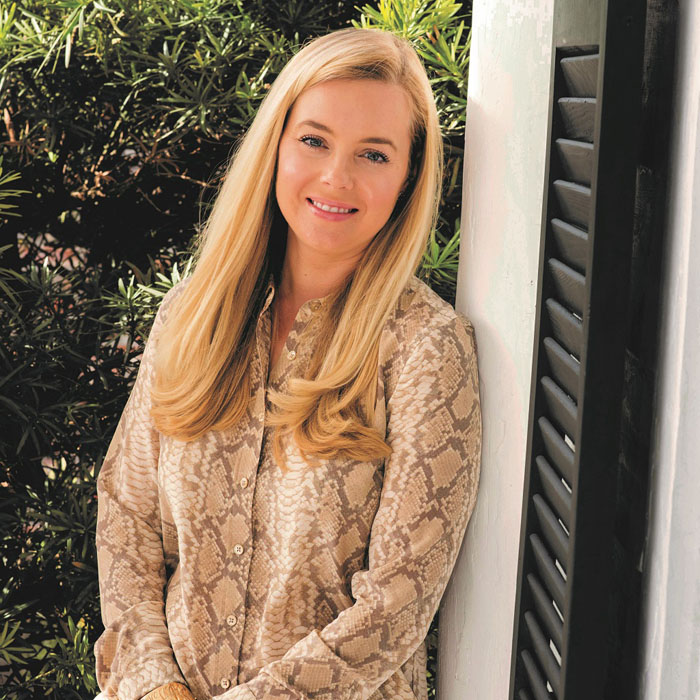 The meeting will be held at Salisbury Station on Depot Street, and all members and prospective members of the foundation are invited.

A brief business meeting and year-in-review report will be followed by Harvey’s talk on the history of the Woodson family. A reception will be held afterward.

A native of Salisbury, Harvey is the internationally bestselling author of “Dear Carolina,” “Lies and Other Acts of Love,” “Slightly South of Simple,” “The Secret to Southern Charm” and the forthcoming “The Southern Side of Paradise.”

Design Chic is the inaugural member of the design blogger hall of fame, sponsored by Traditional Home, and winner of Amara’s Best Luxury Blog, as chosen by Roberto Cavalli. She also loves connecting with readers at kristywoodsonharvey.com.

Her writing has appeared in numerous publications and websites, including Southern Living, Traditional Home, Parade, USA Today, Domino, Our State and O. Henry.

Harvey belongs to the Tall Poppy Writers, serves on the board of Beaufort Historical Association, and is a member of the University of North Carolina’s Women’s Leadership Council.

She is a frequent speaker at fundraisers, book conferences and private events. She lives in North Carolina with her husband and 7-year-old son.

For more information or to make a reservation for the annual meeting, call the foundation office at 704-636-0103 or email office@historicsalisbury.org.