A China Grove man was charged with having pornographic images of minor children engaged in sexual activity. 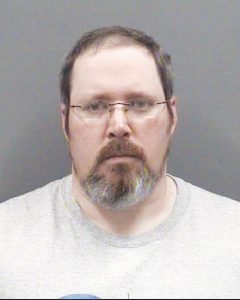 According to arrest warrants served by the State Bureau of Investigation on March 28, Brian Warren Cress, 43, of the 300 block of Lentz Road, is charged with six counts of third-degree sexual exploitation of a minor.

The warrants said that between Sept. 21 and Oct. 10, Cress possessed screen shots of unknown young girls, one pictured with an adult man. The girls appeared to be between the ages of 7 and 12, authorities said.

Cress was released from the Rowan County Detention Center. He is expected in court on Wednesday.

By Shavonne Walker shavonne.walker@salisburypost.com SALISBURY — A Woodleaf man has been charged with death by vehicle nearly six months after... read more