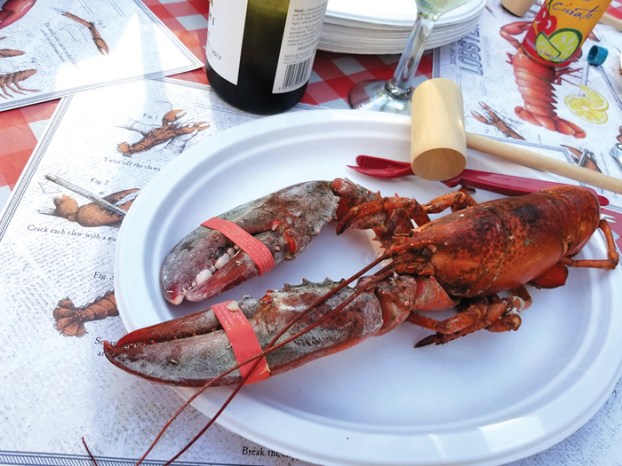 Submitted photo Meals on Wheels is having another lobster sale, with orders due April 18.

Another lobster sale by Meals on Wheels

Meals on Wheels Rowan has launched its second spring lobster sale. Orders are due by noon April 18. Pick-up will be on from 3 to 5 p.m. April 27 at the St. John’s Lutheran Church Faith Center on West Innes Street.

“We are ready to take advantage of a great lobster season,” said sale Chairwoman Samantha Dagenhart. “This spring, our drive-through pick up will be on a Saturday. We are hopeful that a Saturday pick-up will encourage folks to plan a fun dinner with their family, friends or neighbors.”

One-pound lobsters, 1-pound containers of Sidewalk Deli lobster salad, and party packs that include two lobster bibs and one lobster cracking tool will be available for pre-order. The lobsters can be ordered live or steamed.

Danny Roth at Shuckin’ Shack restaurant in downtown Salisbury is partnering with Meals on Wheels to order, refrigerate and steam the fresh lobsters.

The lobsters will arrive fresh from Maine on  April 26 and be steamed the next day, just before the drive-through pick up opens.

Rick Anderson, owner of Sidewalk Deli, will make lobster salad with fresh-picked lobster. Anderson tested several recipes before he found what he thinks is the perfect combination of ingredients. His lobster salad was a hit.

“The lobster sale was a unique idea that the board of directors decided to try in the spring of 2018,” said Meals on Wheels volunteer Pat Murtaugh, who helped with the fall lobster sale. “We have developed great partnerships with Danny Roth at Shuckin’ Shack and Rick Anderson at Sidewalk Deli, and they supported our effort to make the Lobster Sale a semi-annual event.”

Meals on Wheels Executive Director Cindy Fink said the lobster sales have a permanent place on the agency’s calendar.

Tom Robinson, Meals on Wheels board president, said the agency has raised more than $10,000 from its lobster sales, which helps provide meals for homebound seniors in Rowan County.

“We are a very lean organization with only two full-time and six part-time staff,” Robinson said. “We are fortunate to have nearly 1,000 volunteers who deliver over 57,000 meals a year. Although we encourage our participants to pay for their meals as they are able, the total payments toward meals only end up paying about 20% of the total cost. And the Meals on Wheels board of directors commits 25% or 58 meals out of the 230 delivered each Monday-Friday, to homebound individuals with the greatest need. Our goal this spring is to raise $9,375 to support meals for five homebound seniors for one year.”

Meals on Wheels included an offer to sponsor meals for a participant in every fundraiser. During the annual March for Meals BBQ, supporters could buy an “eat one, feed one” ticket. That provided a barbecue plate to eat and one daily meal during March for a homebound participant. More than 300 people contributed.

The lobster order form also offers each customer a chance to sponsor meals for a participant.

Orders can be placed online at www.mowrowan.org or by phone at 704-633-0352. All orders must be submitted and paid in full by noon April 18.

Today is going to be wet, with periods of heavy rain at times. The chance of rain is 90 percent,... read more

Police: Victim argued with someone before shooting in Jersey City neighborhood

High school softball: Hornets had a shot at double-digit wins

Quotes of the week: ‘Really need to stay in business’

Man charged with manslaughter in death of stepfather