SALISBURY — A Salisbury woman was charged Wednesday with felony obtaining property by false pretenses after she refused to pay her cab fare. 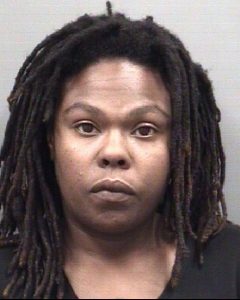 The Salisbury Police Department charged Chenice Jasmine Blackwell, 29, of the 300 block of South West Street, after a Dec. 25 disturbance in Mooresville. She was arrested by Mooresville police, who said she gave officers a couple of fake names. When she was released from custody, she contacted a driver with Yellow Cab in Salisbury.

Blackwell got a ride from Mooresville to West Horah Street. She got out and told the driver she would go inside and get the money to pay her fare. She never came out, police said.

The cab driver called Blackwell, who told him she wasn’t coming out and wasn’t going to pay him. She said she had rent to pay and was about to be evicted.

According to a police report, Blackwell owed $50 for the cab ride.

Blackwell was issued a $1,500 secured bond and remains in the Rowan County Detention Center.

‘Mamma Mia!’ bursts on to the Meroney stage