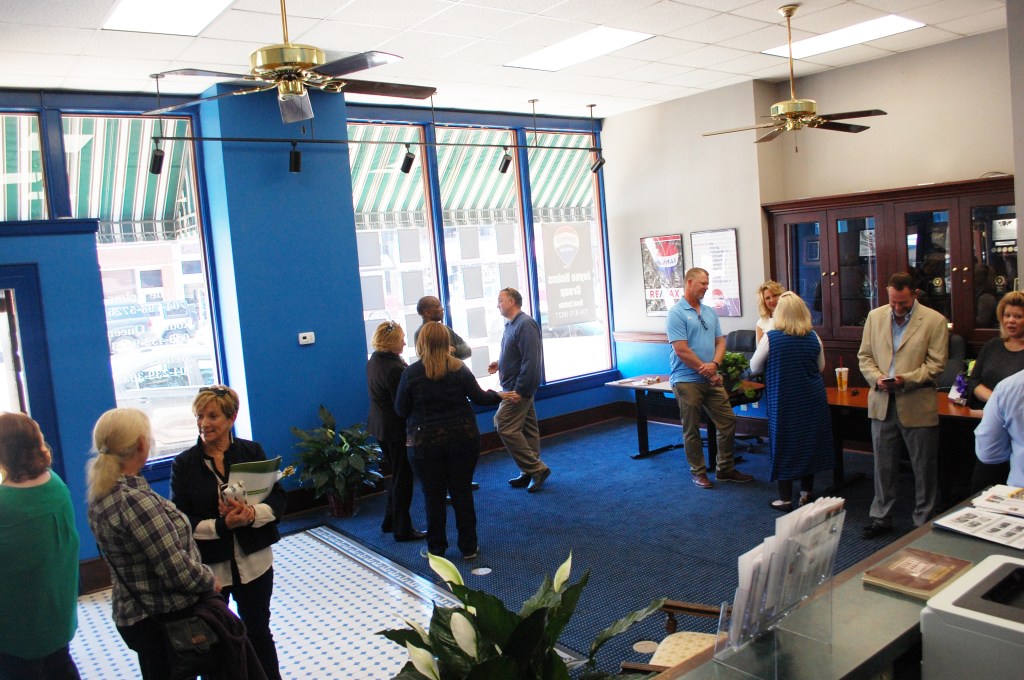 Jayne Helms Group realtors mingle with attendees after a ribbon cutting at their new downtown office on 110 W. Innes Street on April 3.

On Wednesday, Realtors Jayne Helms, Rodney Queen and Melissa Yates celebrated their new location with a ribbon-cutting and tour of their office.

Although the ReMax Leading Edge group specializes in residential, commercial and property management in the greater Charlotte area, most of its business is in Rowan County.

“Even though we work in a large area, we chose downtown Salisbury because we do think this is a huge growth area,” Helms said. “As (Interstate) 85 gets finished, people are more and more moving, and we’re already seeing that they’re moving to Rowan County.”

Rowan County Commissioner Greg Edds said the number of houses being sold is up and the business’ presence will be great for downtown Salisbury.

The three worked out of the main office in Concord but franchised a team office and began work in downtown Salisbury in late November. On Wednesday, they were ready to show off the new space with the Rowan Chamber of Commerce.

The office has blue features and a cabinet filled with awards. Outside, Helms wanted to do something popular in California and Florida — put up all the listings on the window for pedestrians to see.

Mayor Pro Tem David Post said the listings are something you would see in a big city, and that makes people stop and look.

The agents, along with office manager Tammy McCloud, have a combination of experience and enthusiasm, Helms said. They also know the area and have lived here for a long time.

“What it’s really about is you help people,” Helms said. “It’s my goal to give people the very best experience that they can have when they buy or sell property.