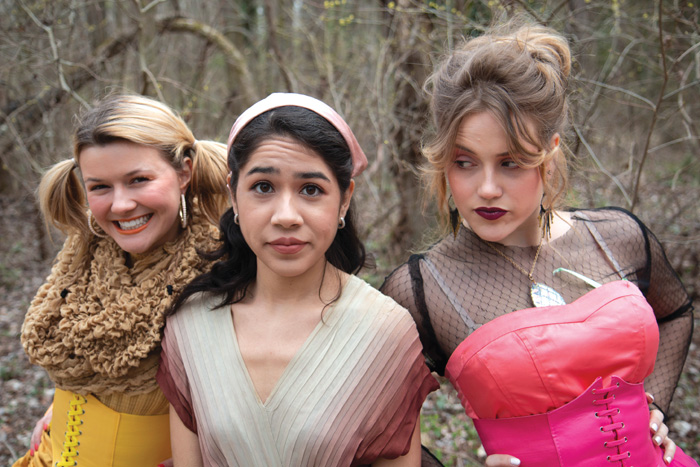 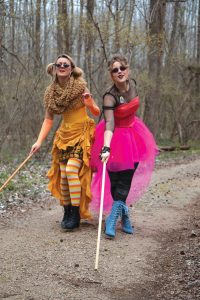 “Into the woods we go again, we have to every now and then!” Looking for a show filled with laughter, heartfelt music, and a group of people going through different trials together? Catawba College’s upcoming production of “Into the Woods” is the show for you!

With “A witch. A wish. A wolf. What could go wrong?” You’ll find out as you follow the journey of the Baker and the Baker’s wife as they encounter a witch, a lad with a beanstalk, a princess, a maiden locked in a tower, a girl with a red cape, and a few charming princes. Theatre Arts Professor Dr. Bradley Stephenson directs this wishful production alongside assistant director and student Sarah Grace Cuthbert of Arlington, Va. 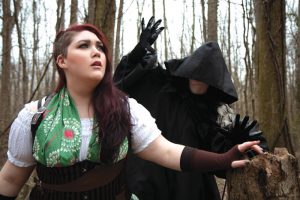 Sarah Rasey as the Baker’s Wife and Caroline Kirk as the Witch.

Longing for a child, the Baker and the Baker’s wife encounter a Witch who tells the couple how they may obtain their wish of having a child. If they can obtain the cow as white as milk, the cape as red as blood, the hair as yellow as corn, and the slipper as pure as gold in three days’ time, they shall have their beloved child. However, this is not your classic fairytale. Sometimes the things most wished for, are not the things actually wanted the most. What happens to the classic fairytale characters after they receive their wish?

As Dr. Stephenson says, this production teaches us about “wishing and families and loss.” He says he wanted to create this show to be about storytelling. He did not want to trick anyone into believing these people are really Cinderella, or Jack and the Beanstalk, so there’s no illusionism in the musical.

“We are a troupe of storytellers who are coming together to tell a story when we find this audience. And through that telling of the story, we discover things about ourselves and we hope the audience discovers things about themselves too” explains Dr. Stephenson.