Spirit: Bringing people together: P.J. Ricks’s goal is to unify the community 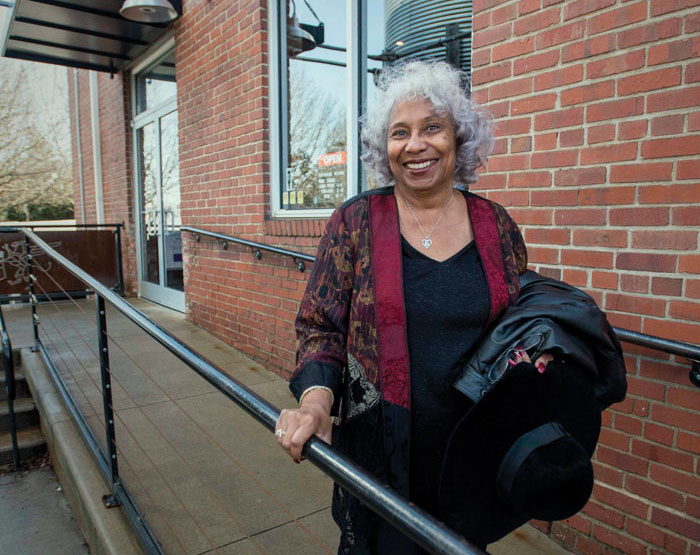 Bringing people together: P.J. Ricks’s goal is to unify the community

P.J. Ricks has made her mark on the community.

She is on the foundation board at Rowan-Cabarrus Community College, teaches at Rowan Helping Ministries, serves on the Salisbury Planning Board, created Conversations in Faith, helps with Senior Morning Out at Trinity Oaks, is a member of the Leadership Rowan class and sings with her Crown in Glory Lutheran Church choir. Ricks sits at a lot of tables in the hope of bringing unity to Salisbury.

“If you’re not at the table, you can’t influence what comes from that table,” Ricks said.

Ricks with Carl Repsher made efforts to unify the faith community bringing together two seemingly different communities — the First Presbyterian Sunday school class and the Crown in Glory Lutheran Church, an historically African-American church. In 2016, the two groups began meeting once a month to discuss a range of issues, from the Confederate statue Fame to immigration.

“Not only am I an unifier, but through Conversations in Faith, we’ve made in impact in lowering racial tensions,” Ricks said. “More than racial tensions, an understanding of the fact that we’re all people. We just have different views. We may look different, but I want people to hear (each other).”

The two churches continue to meet.

Ricks spends her time volunteering at Rowan Helping Ministries, although retired from Charlotte-Mecklenburg Schools as an addictions counselor, she continues to be an educator.

“My work at Rowan Helping Ministry not helps only the community, but it allows me to give back the education that I got and that I worked in in all my working life,” Ricks said. “It’s either education or alcohol/drug prevention.”

Through connecting guests with the community, she hope they understand the value of volunteering themselves.

“I’m hoping to instill in them not only a love and understanding of this community that they live in but also an awareness so that they can continue to give back,” she said.

Unifying the Salisbury community is a lofty goal, but Ricks said she has seen success. One was bringing the 1906 Salisbury lynchings forward. Although Ricks grew up in Salisbury, the history of Salisbury’s own lynchings was unknown about until several years ago. In January, the Salisbury City Council passed a resolution acknowledging the lynchings of three African-American men, Nease Gillespie, John Gillespie and Jack Dillingham. The next step is bringing the historical marker to Salisbury.

“It was meant to pull people together and now we’re talking about bringing the marker that I saw and got pictures of when we went to Montgomery,” Ricks said.

Ricks knows that unifying all across the community is impossible but wants to continue toward togetherness.

Ricks has deep roots in Salisbury. She was born on Horah Street and attended Salisbury schools and gradated from Livingstone College. She knows most of the people in the downtown Salisbury mural.

Salisbury is home, and she wants to make a difference.