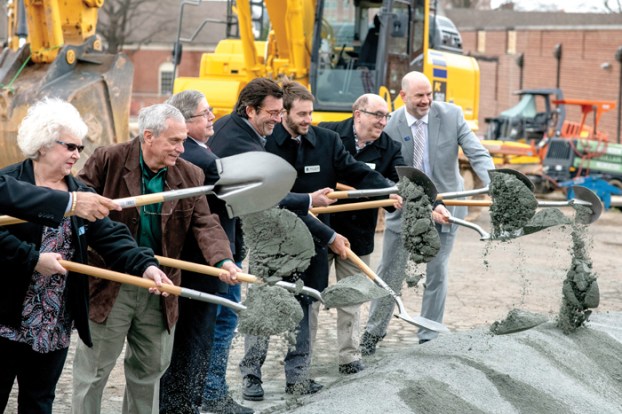 1. On Tuesday, Kannapolis broke ground for a $60 million private investment called VIDA that will bring 286 apartments, a hotel, restaurants, a brewery and retail space to downtown. Meanwhile, the city will invest $12 million in what to complement VIDA?
A. A minor league ballpark
B. A new train station, eventually conducive to light rail
C. A new parking garage
D. A 5-acre downtown commons, featuring a skate park and bike trail

2. Amory Lovins will be a guest speaker at Catawba College on April 17. Lovins is considered one of the Western world’s most influential experts in what?
A. Genetic research
B. Sports medicine
C. Space exploration
D. Energy

3. A Bravo TV reality star, singer and motivational speaker is bringing her “I Am Free Concert and Convo Tour” to Livingstone College on April 8-9. Who is this star of the reality show “Thicker Than Water”?
A. Porsha Williams
B. Queen Brooklyn Tankard
C. Kandi Burrus
D. Tamar Braxton

4. With the help of the Rowan Literacy Council, Ounheuane “Johnny” Phakasoum recently became a U.S. citizen. Phakasoum and his sister, Teng Phomsaly, own what Salisbury restaurant?
A. Sabaidee
B. Mykonos
C. Mambo Grill
D. Bangkok Downtown

5. Cheerwine and the city of Salisbury have announced the music acts for this year’s Cheerwine Festival on May 18. What band will headline the festival?
A. Blink-182
B. Outkast
C. Smash Mouth
D. No Doubt

8. George Benson and Mary Blanton were appointed as new members to what Rowan County board?
A. Department of Social Services
B. Planning Board
C. Health Board
D. Board of Elections

9. Oak Park residents held “A Starry Night” themed evening of travel through Europe, including a senior prom-type setting in France. Who were among the residents’ special dates for the prom?
A. Catawba College baseball and softball players
B. Members of the Livingstone College men’s and women’s choruses
C. Staff members of Rufty-Holmes Senior Center
D. Kiwanis Key Club members of Salisbury and West Rowan high schools

10. An unusually high number of spouses or fiancées of Salisbury Fire Department firefighters are expecting babies between now and September. How many?
A. Five
B. Seven
C. Nine
D. 11