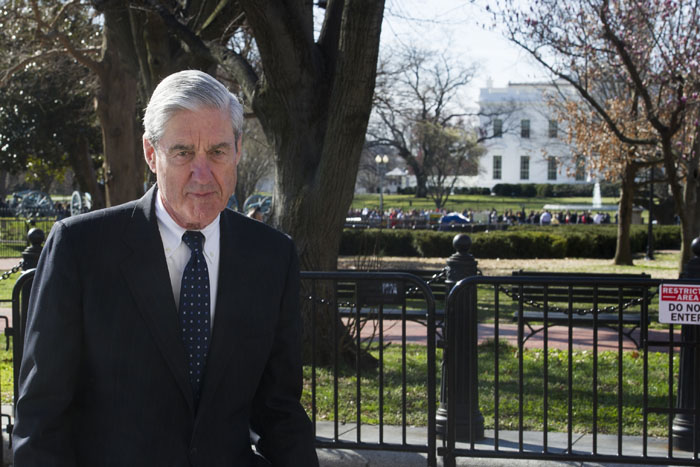 So the investigation by special counsel Robert Mueller wasn’t a witch hunt after all, no matter how often President Trump and his toadies trumpeted that insult. It wasn’t, as Trump tweeted in February, “totally conflicted, illegal and rigged.” Nor was it a “National Disgrace,” the words he used last August.

In fact, Mueller’s behavior was exactly the opposite of what Trump described. He was an independent professional lawyer who proved it is still possible — even in today’s hyper-partisan Washington — to produce an unvarnished statement of facts untainted by political bias or personal self-interest.

Indeed, it’s the height of irony to see Trump, after doing everything possible to discredit Mueller, exult at the special counsel’s report and proclaim it gave him “total exoneration” (which of course it didn’t). Perhaps the president will now apologize for his campaign of vitriol and vituperation.

Asked by ABC’s Jonathan Karl if he thought Mueller had “acted honorably,” the president replied curtly, “Yes, he did.” But that grudging answer hardly makes up for almost two years of incessant slander, and soon the president’s re-election campaign was again raising money by denouncing “an illegal takedown” promoted by a “left-wing mob.”

The fact is, Trump and Mueller could not be more different. The special counsel believes in honorable public service and won a Bronze Star after volunteering for combat in Vietnam. The president thinks only of himself and his personal benefit, and he used five deferments to avoid the draft. Mueller is all silence; Trump is all noise. Mueller plays it straight; Trump plays every slant and angle.

The contrast between the two men is about competence, not just character. Mueller saw his role as a finder of facts, wherever they led and whoever they helped or disappointed. Trump is Lord of the Lies (as we’ve called him before), who envisions and embraces a warped world where he and he alone gets to decide what’s true and what’s not.

To be fair, some Democrats misjudged Mueller as well. They assumed (or at least hoped) that the special counsel shared their animosity toward the president and would shape his report with that bias in mind. As Time magazine put it last year, “To liberals, he is a crusading hero who won’t quit until he brings the president to justice.”

But Mueller defined his role differently, not bringing “the president to justice” but bringing justice to the president. He followed the law and the evidence. He issued 34 indictments and is sending both the president’s lawyer and campaign manager to prison. But when the facts failed to fashion a case against Trump himself — for colluding with the Russians or obstructing the investigation — Mueller said so.

Critics of the special counsel feel he was too cautious on the obstruction issue, failing to come up with a definitive answer on the president’s culpability. “He could not pull the prosecutorial trigger,” Ken Starr, who investigated Bill Clinton, complained on Fox News.

But even those critics who fault Mueller’s judgment cannot question his ethical standards. Even Democrats who were disappointed that Mueller failed to skewer Trump cannot say he acted — or didn’t act — out of partisan motives. And that is an enduring lesson.

By concluding that Trump did not collude with Russia, the special counsel proved the president wrong about how the world works — or should. The Mueller model demonstrates that professionalism is not dead. Facts are not outdated. Empirical evidence is still an essential part of good government, due process and sound decision-making.

Take just one example: the annual Worldwide Threat Assessment presented to Congress by Trump’s director of intelligence, Dan Coats. Trump says the U.S. has “defeated ISIS in Syria,” but Coats, playing the Mueller role, insisted, “ISIS is intent on resurging and still commands thousands of fighters.”

Trump tweeted North Korea is “no longer a Nuclear Threat.” Coats, again using evidence to rebut the president, said Pyongyang “is unlikely to completely give up its nuclear weapons and production capabilities.”

Trump downplays Russia’s malevolence toward the U.S. while his own intelligence analysts warn “that foreign actors will view the 2020 U.S. elections as an opportunity to advance their interests.”

On an endless list of issues — from climate change and economic growth to immigration and crime — Trump prefers his own prejudices to the advice of his own experts.

The Mueller model teaches a different precept. Don’t flinch. Follow the facts. Get it right. People of good will in both parties should remember that principle and act on it.