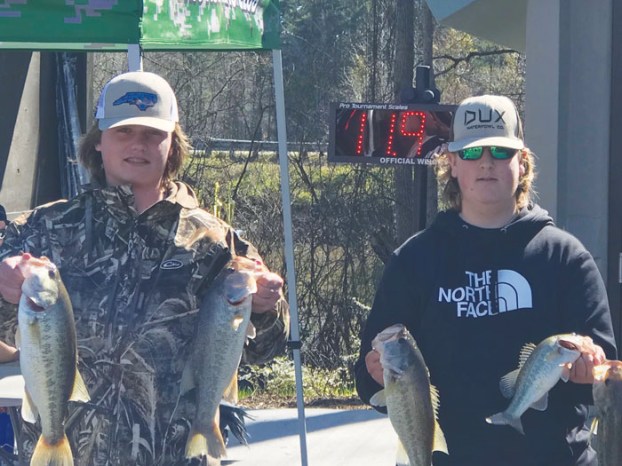 Ross and Christy are 14-year-old eighth-graders who will attend Carson High School next year.

Their team won the middle school tournament, with results that even topped the high school teams with a five-fish limit and 11.91 pounds.

At Carson next year, Ross and Christy plan to continue with BASS fishing, as well as other sports.

Ross and Christy have also qualified to compete in the state high school tournament, coming up in May.

Harper a hit without connecting as Phillies top Atlanta