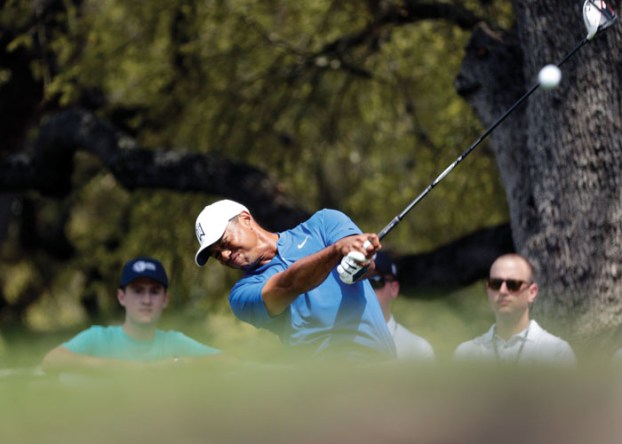 Woods beats Wise, 3-and-1, despite shaky round

AUSTIN, Texas (AP) — Tiger Woods’ long-awaited return to Texas and Match Play was a winner, even it if wasn’t pretty.

Woods opened the Dell Technologies Match Play with a 3-and-1 victory over Aaron Wise on Wednesday that Woods conceded wasn’t much to look at. Of the seven holes Woods won, none were played under par.

“If this was a stroke-play event, we’d be pretty far behind,” Woods said. “But who cares? You move on. There’s no scorecard except for whether you won the match or not.”

Next up is as many as six more rounds walking the hills, valleys and wind-swept riverfront holes at Austin Country Club, if Woods — with his four back surgeries and four knee surgeries behind him — hopes to win his first Match Play title since 2008.

“I feel like I’m physically feeling better now,” Woods said. “My neck has been freed up a little bit, and I’m able to get into a better posture and that helps.”

Woods is 34-10 in his 14 years playing the Match Play, but hasn’t competed in this sort of format outside the Ryder Cup and Presidents Cup since getting knocked out of the tournament on the first day in 2013 when it was single elimination.

In the current round-robin format, Woods’ victory gives him a big step toward the weekend’s elimination rounds but doesn’t quite guarantee it. He’s still scheduled to play Brandt Snedeker on Thursday and Patrick Cantlay on Friday to finish out the group.

“I’m just trying to beat the guy in front of me,” Woods said.

Wednesday’s match was also Woods’ first competitive round in Texas since 2005. He drew arguably the liveliest first-round crowd in the Match Play tournament’s four years in Austin and it followed him for shots fans couldn’t see over the undulating hills or through the trees.

“That front nine? The people who walked it, good on ‘em because you’re not going to see much,” Woods said.

Wise won his title for Oregon in 2016. Woods won his at Stanford in 1996, weeks before Wise was even born. Last season’s tour rookie of the year had never played with the 14-time major champion and he had almost no one in the gallery pulling for him despite winning the 2018 Byron Nelson three hours north in Dallas.

Wise got down early, fought back to lead, then faded when he could have made a run at Woods.

Even though Woods missed three of the first four greens, he was still 2-up after two holes and held that same lead through seven. Woods finally closed the match by winning three of the last four holes to finish it on the 17th green.

“I really respect what he’s done in the game, and it was pretty cool to be able to watch him compete today and be alongside of him.”

After matching Woods’ birdie at the par-5 12th, Wise played the final seven holes 5-over par, starting on the next hole when his ball spun off the front of the green into the water.

“I got off to a pretty sour start,” Wise said.