Save the Date for Earth Day Jam 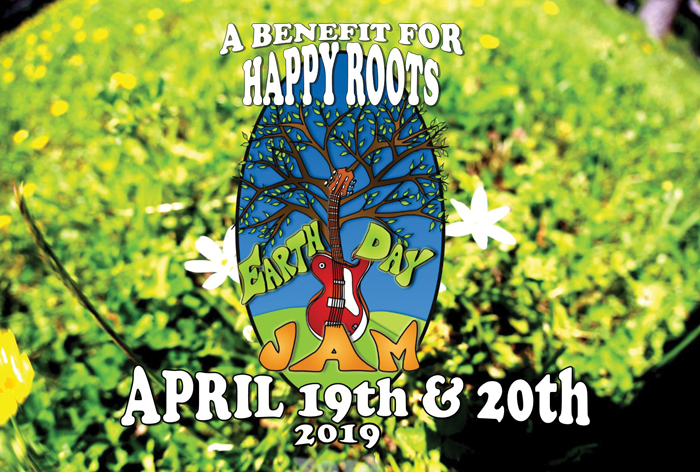 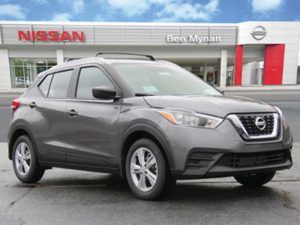 You could win this Nissan Kicks.

Local nonprofit Happy Roots hosts the 6th year of Earth Day Jam this April 19th and 20th. The Earth Day music and arts festival returns for a full weekend in 2019. Due to excessive rain this season leaving the traditional venue saturated, organizers made the call to move the annual event to the Rowan County Fairgrounds in order to ensure adequate parking for guests. “Tough call but we’ve had A LOT of rain. We just want to make sure everyone has a pleasant experience… not get stuck in the mud.” says organizer Ashley Honbarrier. Earth Day Jam is the organization’s signature fundraiser, doubling as an environmental education event and Earth Day celebration.

Happy Roots is a 501c3 nonprofit providing nature based therapeutic and educational services to enhance the wellness of the community and the environment. Happy Roots has accomplished a lot in its short 2 years of existence. Happy Roots manages the Henderson Independent School Greenhouse on N. Main Street. Although they visit the greenhouse daily, they practice horticulture therapy with students twice a week. The students help grow plants for school and community gardens in the area. Other current projects include West End Community Park, Town Of East Spencer (TOES) Community Garden, Price Head Start School Garden, and even more in the works. Happy Roots also offers a compost pickup service which started with Salisbury’s Hampton Inn. The organization collects approximately 150 lbs. of used coffee grounds per week to be mixed with compost for nutrient rich soil while also deterring the waste from the landfill. Earth Day Jam is Happy Roots major fundraiser. Event proceeds help fund their projects for most of the year.

Ben Mynatt Nissan is this year’s Presenting Sponsor and is helping the organization by raffling off a Brand New Nissan Kicks. The vehicle is on display in the Ben Mynatt showroom on Jake Alexander Blvd in Salisbury. Raffle tickets are $30 each and are limited to only 1,000 sold. Happy Roots is currently offering a special deal with every raffle ticket sold a FREE weekend pass to the festival is included which is a $25 value itself. Raffle tickets are available at Ben Mynatt Nissan and online at www.earthdayjamnc.com. Tickets will also be sold at various upcoming promo events, including New Sarum Brewing Company’s 3rd Anniversary on April 13th. Profit above the costs of the car will go directly to support Happy Roots projects. The drawing will be held at 8pm Saturday, April 20th on the Main Stage.

Earth Day Jam 2019 headliners include Memphis, TN’s Southern Avenue who are signed with the legendary Stax Records, the “Soulsville” label honing artists such as Otis Redding, Booker T & The MGs, The Staple Singers, Sam & Dave, and Isaac Hayes. Southern Avenue received a Blues Music Award for “Best Emerging Artist Album” in 2018. Clutching the finals of the International Blues Challenge in 2016, their self-titled debut album entered the US Billboard Top Blues Albums Chart at number 6 in February 2017, and reached #1 on the iTunes Blues Chart. In 2017-2018 the band toured over 15 countries including Australia, Canada, Europe, and Scandinavia.
Asheville, North Carolina’s Travers Brothership makes their Earth Day Jam debut this year. The soul/funk/rock n’ roll band are winners of “Best Studio Album of 2016” at Home Grown Music Network, winner in Raleigh NC’s “Band Together Competition” in 2017, and runner up in FloydFest’s On-The-Rise Competition in 2018. The band just returned from a European tour promoting their sophomore LP, ‘Let The World Decide’.

High energy indie-folk-rock duo Paleface will also perform. They celebrated the release of their latest album ‘One Big Party on Ramseur Records with a special guest performance alongside label-mates The Avett Brothers at Radio City Music Hall, followed by US and European tours. Paleface has released over a dozen records including two major label releases and has been quoted as major influence and inspiration by a wide range of artists including Grammy Award recipient BECK who calls Paleface a big influence on his early work. He has also collaborated and appeared on three albums by The Avett Brothers and will perform with them again on a series of dates this May.

An additional 12 acts will perform over the weekend including local bands 9 Day Trip, Big Break, Liam & The Nerdy Blues, Mama Tried, and more. Full schedule to be posted soon.

Earth Day Jam is known for more than its outstanding musical lineup. What else that sets this festival aside from the rest is its environmental education and mission. Some of this year’s educators include Bread Riot, Yadkin River Keeper, Keep Davidson County Beautiful, Triad Air Awareness, and NC Birding Trail, as well as EDJ sponsors Heart of Yoga Salisbury, Simply Good Natural Food Store, Power Home Solar, Green Planet Insulation, and more. The event is expecting to host at least 50 booths from businesses and organizations to artists and craftsman to food trucks and vendors. EDJ’s “Little Jammers” area is expanding this year thanks to sponsor’s contributions. The children’s area will feature a giant inflatable slide & 60ft obstacle course, cycling fun from The Pedal Factory, and Earth Day themed activities and games hosted by Yadkin Path Montessori Childcare.

Local food and beverage will be available at the event. Some vendors include Caribbean Café, Hoff’s Grill, The Chill NC, New Sarum Brewing Company, Mean Mug Coffee and more.
Earth Day Jam offers RV as well as tent camping options. Those tickets are also available on the event website.

“It’s heart warming to have this many people involved already with almost a month left of organizing to go! This is what community is all about and it’s supporting a great cause, on Earth Day…a holiday we all should give more attention to.” says Honbarrier.

Thanks to the venue expansion, Earth Day Jam is still accepting sponsors, volunteers, and vendors.
For more information on how to get involved contact happyrootsinfo@gmail.com