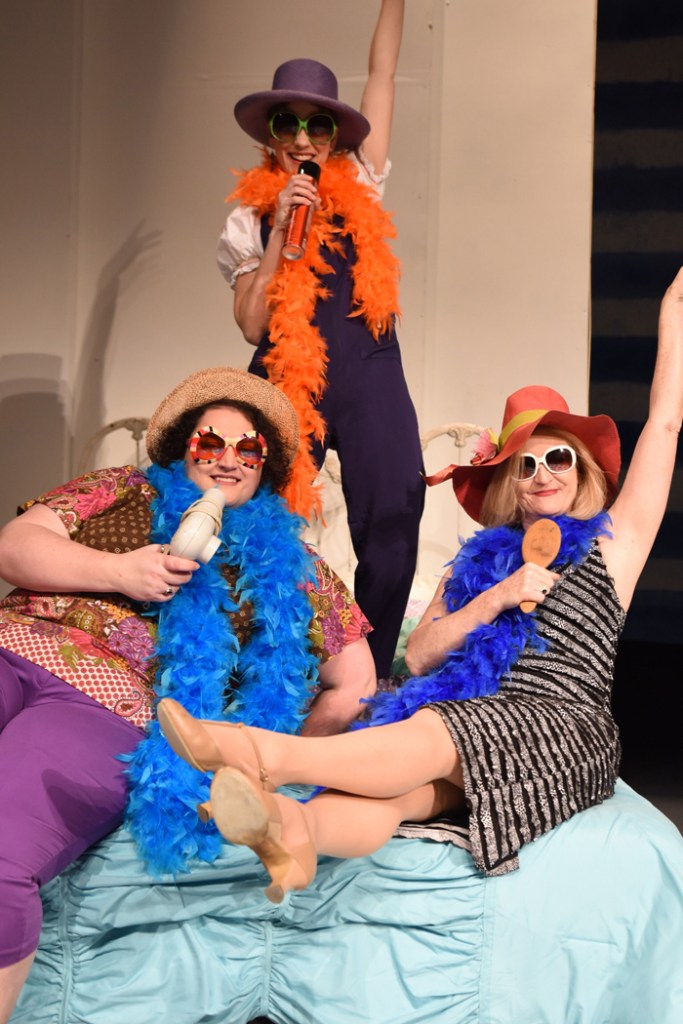 By Reid Leonard for PPT

Whenever a play or musical is made into a popular movie, many audiences attending stage productions of the show equate the characters with the actors who played the roles in the movie. In the case of Mamma Mia: Meryl Streep, Pierce Brosnan, Amanda Seyfried, Colin Furth, and Julie Walters…

And the answer for Piedmont Players Theater’s production of Mamma Mia opening Thursday April 4 in the Meroney Theater is…Leah Campion is playing Donna, the hard working, former pop star mother of the bride.

Local audiences will remember Leah in such popular shows as Chicago, Cats, Cabaret,and The Producers. 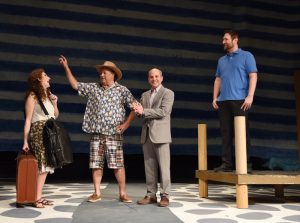 But Mamma Mia had a long life before the movie version.

The germ of the idea for the show was to take the hit songs of the pop group Abba and use them to tell a story. Abba was a Swedish group of 2 guys and 2 girls who were popular world wide in the 70s and early 80s.

In 1997, a story was developed around the songs. It was set on a Greek Island. A mother and daughter live on the island and run a resort/tavern. When the daughter decides to get married, she wants her father to give her away at the wedding. The problem is she does not know who her father is. Finding her mother’s diary, she invites the three possibilities to her wedding.

The Abba song “Honey, Honey” becomes the words of her mother’s diary.

The song “Mamma Mia” becomes Donna’s reaction when she realizes three of her old boyfriends are on the island.

When Donna and her backup singers from the pop days find a trunk with their old costumes, they decide to perform one of their old hits “Super Trooper” at Sophie’s party the night before the wedding. 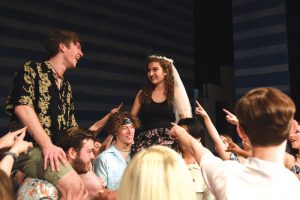 Mamma Mia originally opened in London and then moved to Broadway in 2001. It ran on Broadway at the Winter Garden Theater for 14 years. It also played all over the world including productions in China, Manila, New Zealand, Prague, Panama, Belgrade, Slovenia,(the list goes on and on).

The box office estimates for Mamma Mia worldwide exceed 2 billion dollars. Not bad for an idea the original members of Abba didn’t particularly like.

And now Mamma Mia comes to the Meroney Theater in Salisbury for two weeks. In the cast here (besides Leah Campion) are Wendy Weant and Lydia Allen as Donna’s backup singers, Emma Shelton as Sophie, Madisyn Rey and Grace Yacobowsky as Sophie’s bridesmaids, Andy Abramson, Eric Slipp, and Marc Trent Tucker, as the potential fathers and a cast of over 30 singing and dancing the songs of Abba.