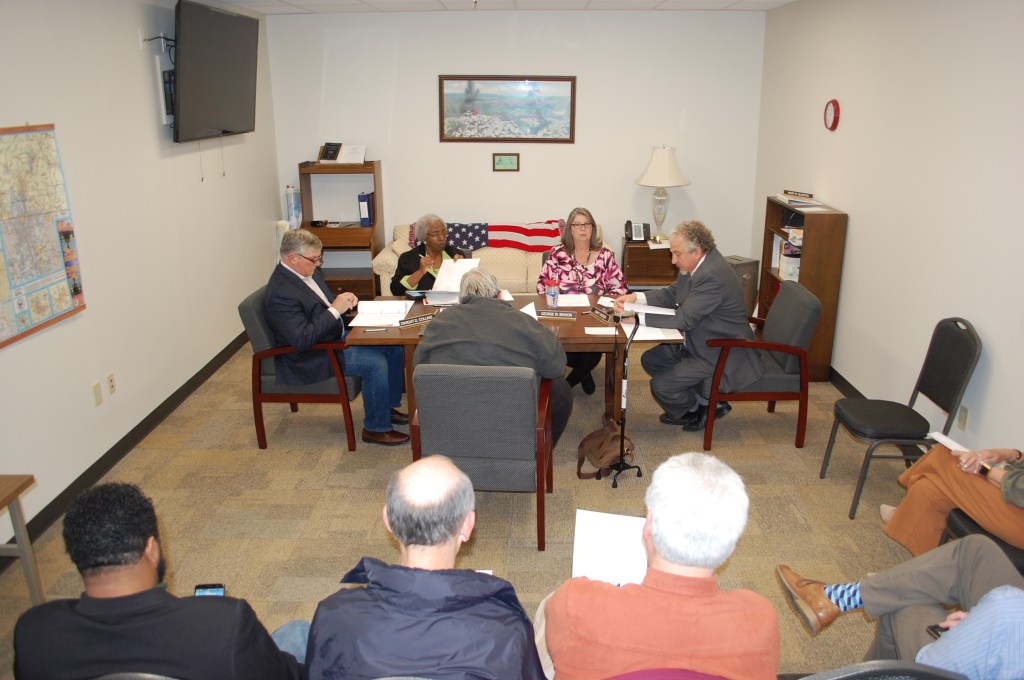 SALISBURY — The Rowan County Board of Elections appointed two new members — George Benson, a Democrat, and Mary Blanton, a Republican, — at its meeting on Tuesday.

Under a state law that became effective this year, county boards of elections now have five members. Two each are chosen by the county’s Republican Party and Democratic Party, and a chairman is selected by the governor. Hudson and Hunter are Democrats. Collins is a Republican.

Voters will not need an identification for municipal elections this year, but they will for the 2020 primaries. Voters without a driver’s license or a government-issued ID can come to the elections office to get an ID card. A voter ID card will have the voter’s photo, voter ID number and the date the card expires.

A Livingstone College student ID card and Rowan-Cabarrus Community College student and employee ID cards will be valid voter IDs. Evans said she was not yet certain if a Catawba College ID will be accepted.

But Evans said there are some questions about verifying voters after providing an ID.

“I hate to give somebody a card that says they have an ID and they end up denied,” Evans said. “The ideal situation would be (to) wait till they get verified with the mailing process and then give it to them, but if it’s right before an election, you don’t have that luxury to give them that time. You could have some issues with that.”

Voters will be able to fill out a form — available online — before coming to get an ID at the office.

Collins on Tuesday asked about the security of the ID machines.

Evans said machines will be locked in an office and will have an extended warranty. She said the IDs will be hard plastic and be printed immediately.

Evans asked the board to consider a full-time position to process IDs and do geo-code work, which will be needed with the upcoming census and redistricting.

Democratic Party Chairman Geoffrey Hoy, who attended Tuesday’s meeting, commended the board members for their work.

“I just wanted to wish you well in the work ahead and again to underscore how pleased we can be as residents of Rowan County we have a board and a staff like we do,” Hoy said.

Blanton was not at Tuesday’s meeting.

The Board of Elections’ regularly scheduled meetings will be 12:30 p.m. on the first Tuesday of the month at the elections office in West End Plaza.