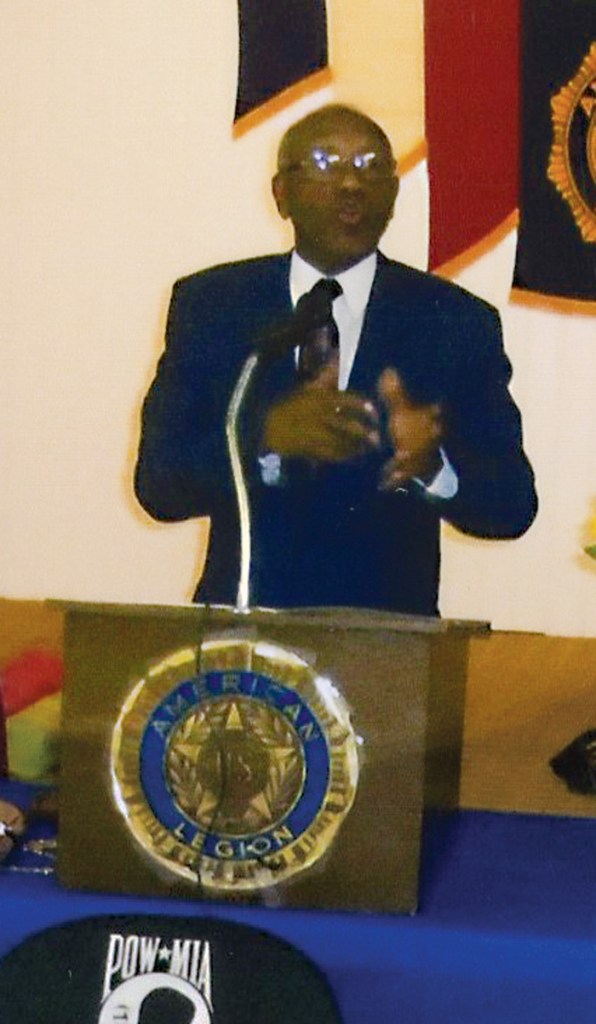 J.C. Price Post 107 observed the American Legion’s 100th anniversary on March 13 with a gala celebration at the Post home on Old Wilkesboro Road.

J. C. Price Post 107 was reorganized for a third time in February of 1930 at Monroe Street School by J.T Ormond and C.M. Johnson with James Alams as Commander.

The Ladies Auxiliary was organized by J.T. Ormond in 1934. School teacher Nona Springs Johnson was its first president and Mrs. Horton was secretary.

The Post was named after Joseph Charles Price, founder and first president of Livingstone College.
Current Commander Mae Carroll announced the appointment of Comrade Abe Daniels, “past 2009 department adjutant of the year,” as chair of the program.

Chaplain Leonard Hall opened the program with prayer and Daniels and Wayne Hill performed the POW-MIA Ceremony followed by the Pledge of Allegiance.
Commander Carroll, past 1992 department Legionnaire of the year, delivered the welcome address. 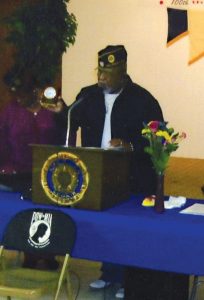 Submitted Photo
Abe Daniels , chair of the program, was presented with the 2019 Legionnaire of the Year award.

John Knox presented Post Queen Ms. Briana Richmond a special trophy honoring her for dedicated services rendered to the Post during her reign.

Robert Bratcher, accompanied by his wife, was given recognition for driving his Corvettes for all Post 107 Queens in all designated parades.

Wayne Hill recognized the 2018 Boys Staters and Ethan Frank was given a certificate of citizenship for successfully completing the Boys State program at Catawba College last June.

Commander Carroll presented Abe Daniels with the “2019 Legionnaire of the Year” award for going above the call of duty to keep the Post functioning and in financial stability by keeping the downstairs open on weekends, by supervising weekend events and serving as housemanager and finance officer, in addition to serving as chairman of the 100th Birthday Celebration.

Door prizes were won by the audience and Chaplain Hall ended the program with prayer. 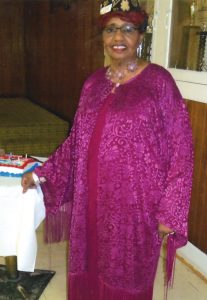 Mack Williams: Each street a ‘city’