Several people stood along the procession route to pay respects to Army Master Sgt. Bertha Harrison Dupre, who passed away at Concord Transitional Healthcare on Dec. 19. 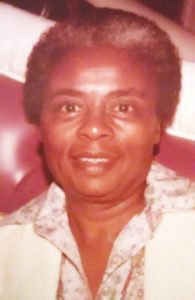 Dupre had been a ward of the state because she had no remaining family. There was no one to claim her body or pay for a funeral.

On Friday, a large turnout was hand as Dupre was laid to rest with full military honors. Dupre, who was 97, was cremated, and her ashes were placed in the cemetery’s columbarium.