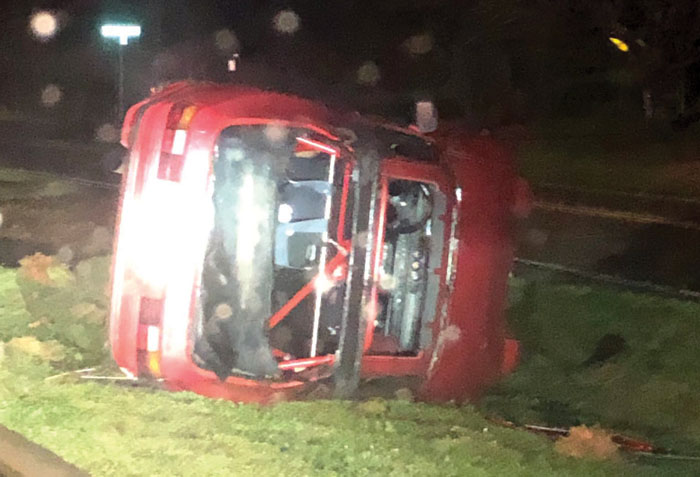 A Salisbury man was charged after a wreck at the intersection of Long Ferry and Harris Point roads involving a 1987 Porsche.

SALISBURY – A Salisbury man was charged on Thursday morning after a following single-vehicle crash at the intersection of Long Ferry and Harris Point roads when he passed another car in a curve, a trooper said.

Jeremy Lee Crabtree, 28, was traveling around 6:25 a.m. in a 1987 Porsche on Long Ferry Road. According to a witness account and evidence from the crash scene showed Crabtree passed a vehicle fast in a curve on a double yellow line, said N.C. Highway Patrol Trooper C.J. Doty.

He lost control, ran off the road to the right, struck a culvert then a drain. The vehicle overturned and came to rest on the passenger’s side door. Crabtree was the only person in the vehicle.

Crabtree was not injured, mostly because of a five-point seatbelt inside the car. The vehicle was totaled.

The road conditions were wet as it was raining at the time of the crash.

By the time emergency responders, including Miller’s Ferry Fire Department, arrived Crabtree was already out of the vehicle.