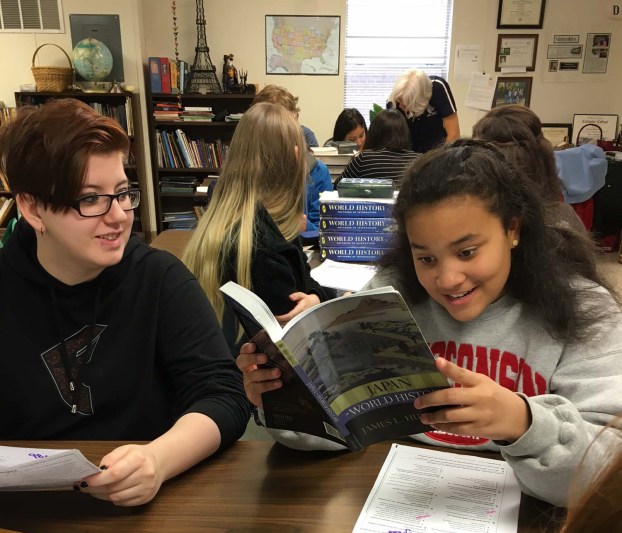 Although I no longer have children in Rowan-Salisbury Schools, I still follow what is happening.  And for nearly 40 years, I was the school system’s direct customer — either hiring its graduates or teaching them at RCCC.

During that time, I have watched school board after school board wrestle with the problem of low-performing schools, aging buildings, inadequate funding, too few bus drivers and the list goes on. What we are seeing today with Faith Elementary and North Rowan High School is not anything new.

Sometime in the early 1980s, I watched a PBS series called “Free to Choose,” hosted by Milton Friedman, a noted Nobel winning economist. Episode six of that series was called “What is wrong with our schools?” It compared various education efforts worldwide.

The problems we have now are the same ones pointed out by Friedman. Since watching it, I became more than a casual observer of the way public education is run.  Also about that time, there was a serious discussion in Rowan County about redistricting, resulting in plenty of noise about the plan.

I told someone that, by the time it was implemented, our first grade kids would be graduates. I was right.

School systems often begin something and then change before the results can be fully measured.

Today’s school problems are just continuations of what we have faced for the past 50 years. My observation agrees with Friedman’s research — parents vote with their feet where they want their children to go to school. Systems cannot re-district fast enough to prevent it. Top-performing schools continue to attract better students and low-performing schools seem to never improve.

Areas with poor performing systems sprout charter and private schools that almost always outshine the public schools. Consolidated schools always end up at the wrong place because they are planned for a static population that is, in reality, very dynamic.  They work for 10 years or so only to become very unbalanced with over-crowding in one school and open seats in another.

An old engineering problem solving technique is to ask “why” five times to get to the root cause.

Other school systems across the state have the same problems that we do. “Renewal” status will give us the opportunity to fix ours.

Friedman stated that, once parents are enabled to have more say in the education of their children, the education will improve.  I agree.

Community college classes have a great deal of latitude — not in the subject matter, but in the way the courses are taught and the way that the goals of the course are measured. On top of that, there are local advisory boards that make suggestions about the content of the classes and curriculum. The community is involved. Many employers use the community college coursework to improve their employees’ skills.

Schools that are closely tied to the community, with parents and community leaders involved with the curriculum and administration, tend to excel. When community-parent involvement is hindered or disdained, the education success declines.

If our communities and parents were as involved with the educational efforts as much as they are with the sports teams, our schools would be unbeatable.

We need to foster an environment that encourages parental and community input. One size does not fit all. The students at one school may need a different approach than the students at another simply because of the culture of the community where they live.

The parental/community role cannot be diminished. John Galloway at Hurley is a prime example of teaching based on student needs  — as is proved by his students’ performance. He should be applauded for his effort.

Franklin Merrell is a retired educator from Rowan-Cabarrus Community College, where he was program chair of industrial engineering technology.

Editorial: Double down on efforts to be informed

In recent days, the potential closure of Faith Elementary has prompted an outcry from passionate parents and community members. But... read more