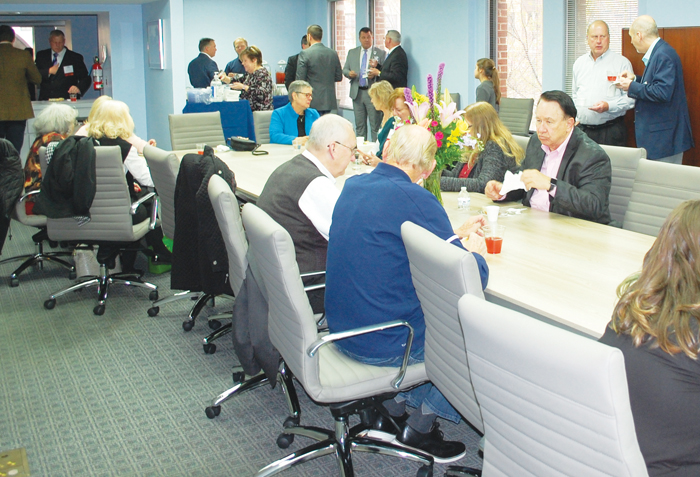 SALISBURY — Rowan County United Way opened its new office on the second floor of the Salisbury Post building on Wednesday.

Jenny Lee, executive director of the agency, said the organization had a lot of transitions in the past year with new leadership, a new office and a new community impact model.

The new location, at 131 W. Innes St., allows the United Way to be more accessible to the community — a perk to Miriam Ramirez, Capstone Recovery Center’s executive director. She can now walk to the office from the center at 418 W. Innes St.

“It’s more United Way,” Ramirez said. “It’s available to us just a few steps away. They can actually see the progress they’re making.”

Capstone Recovery Center is a seven-month recovery program for women that helps them with sobriety and becoming active in the community.

Capstone Recovery was awarded the “Jackie Award,” which goes to an individual or group that has demonstrated enthusiasm about the United Way campaign.

Ahead of the ribbon-cutting and open house Wednesday, the United Way board of directors held its annual meeting to elect officers.

The following will serve for 2019: