Editorial: Double down on efforts to be informed 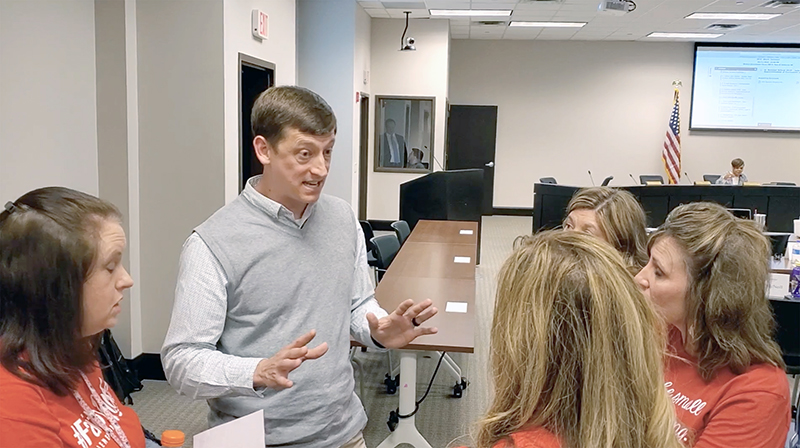 The plan proposed last week by school board Chairman Josh Wagner would shutter Enochville at the end of the 2019-20 school year. That’s about all we know so far.

Many details about how Enochville’s closure will occur are unclear. For example, where will the more than 300 students who attend Enochville Elementary be transferred? Similar to Faith, will Rowan-Salisbury Schools choose one facility to which Enochville students will be reassigned? Or, will Enochville area students be distributed among nearby elementary schools?

What about the teachers? Where will they be transferred?

Also, when exactly will the closure occur? Sure, Wagner proposed the end of the 2019-20 school year, but he’s just one board member and the closure of Enochville seems to be a moving target. Just a few months ago, Enochville was placed in Tier 2 of a proposal to close and consolidate schools, giving it between five and 20 years before its doors were locked for good. Now, it’s one year. And it’s not out of the realm of possibility for Faith and Enochville to close at the same time. Faith drew the lion’s share of the attention, but the school board voted last week to gather data relating to both Enochville’s and Faith’s closure.

We expect many of those questions will be answered Monday, when RSS staff will present data they’ve gathered about the proposed closures. That, alone, should be reason enough for parents, students and family members of those in the Faith and Enochville schools to double down on efforts to be informed — at a minimum, attending Monday’s meeting. Parents with children enrolled at Koontz Elementary should watch the school board’s discussion closely, too, as an estimated 244 students will move elsewhere as part of Wagner’s plan.

Alternatively, for those who cannot spare a weekday evening to attend a school board meeting, view the agenda documents, which can be found under the “about” and “school board” links on the RSS website — rssed.org

There’s never a bad time to make being informed a priority, but we think it’s especially important in this time of transition for the school system.