Tackling the Appalachian Trail: ‘I’m just gonna do it’ 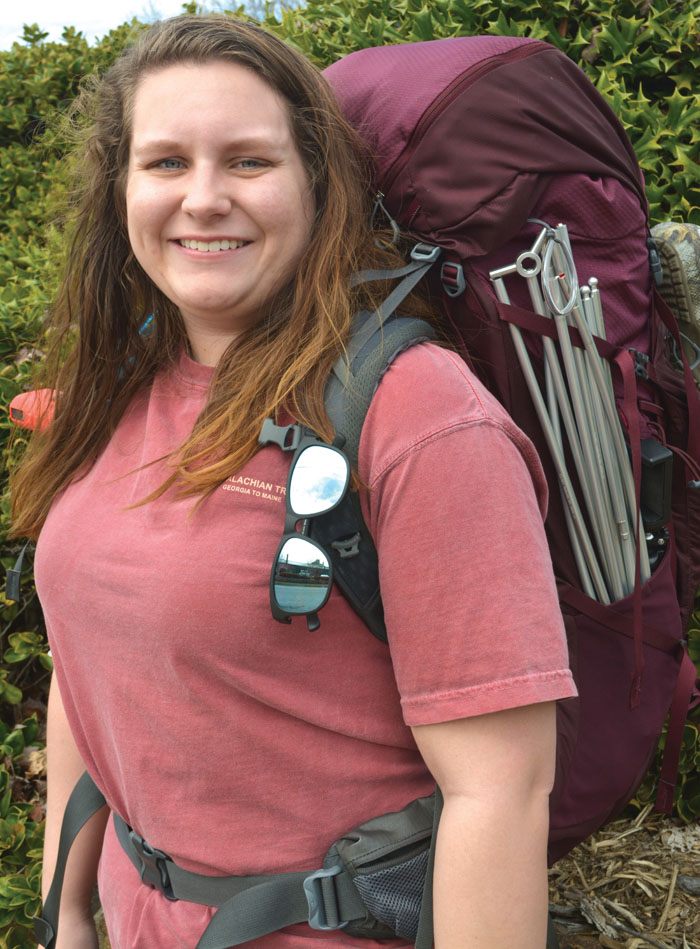 Amanda is taking six months before she returns to school for a bachelor’s degree in biology in January 2020 to hike the Appalachian Trail. She started Saturday and hopes to finish by September. Photos by Susan Shinn Turner

“Do not fear, for I am with you, do not be afraid, for I am your God; I will strengthen you, I will help you, I will uphold you with my victorious right hand.” —  Isaiah 41:10

Two years ago, Amanda Williams began planning a solo hike of the Appalachian Trail. On Saturday morning, she took her first steps on what will be a six-month adventure, covering 2,198 miles and 14 states.

Amanda, 21, hopes to cover about 12 miles a day, hiking 8 to 10 miles a day at first, then building up to 15 to 20 miles a day once she reaches Virginia. Amanda began her trek at the trailhead at Springer Mountain, Ga., and hopes to end up at the terminus at Mount Katahdin in Maine in September.

She’s ready for the challenge.

“I’ve been hiking since I could walk,” Amanda says.

Truth be told, says her mom, Tammy Gentle, Amanda’s brother, Justin Wyatt, carried her in a backpack when she was 6 months old. Her older sister is Brittany Rogers.

Amanda, also the daughter of Bob Williams of Kannapolis, is a 2016 graduate of Mount Pleasant High School. She has an associate’s degree in science, and has been working part-time at Pet Smart during the past two years. She has a menagerie that includes three reptiles — a bearded dragon, a chameleon, a leopard gecko — as well as a guinea pig, a couple of fish, and two cats.

In January, she’ll begin work on a bachelor’s degree in biology. So she had about six months free between work and school, she says.

“I thought, I’m just gonna do it,” she says of tackling the Appalachian Trail.

She’s got a 26-pound backpack which she’s carefully filled with supplies, including a tent, sleeping bag, trail runner shoes, trekking poles, a hydration pack and water filter, three outfits, a rain jacket, and a rain cover for her backpack. 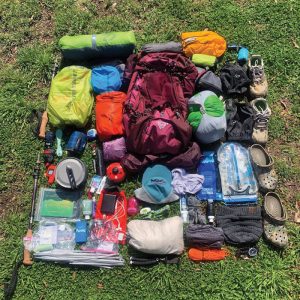 These are the items Amanda will keep in her 26-pound backpack (its weight when empty).

She’ll also carry four days’ worth of food with her, which includes, ramen noodles — she’s got a tiny stove on which to boil water — a jar of peanut butter, a jar of Nutella, pop tarts and a couple of freeze-dried meals. She’ll burn 4,000 to 5,000 calories a day.

There are trail towns along the way where she can restock her food and other supplies and charge her cellphone. As the weather changes, Amanda can also mail home cold-weather gear, and receive warm-weather gear from her mom, who will mail them ahead to an outfitter that will hold for arrival. She also says that her backpack is a little heavy starting out, but as she goes along she’ll figure out what she needs.

Amanda is unafraid of being a solo hiker. She tried to find a partner, she says, but never found anyone who could take off six months to join her. Her main concerns are ticks and snakes.

But 30 people were also starting their journey Saturday, Amanda says. “I’ll find people and find friends along the way. We’ll watch out for each other.”

The trail is known for its sense of camaraderie and community. Amanda will receive a “trail name” at some point.

“It’s a lot safer than people think,” she says. 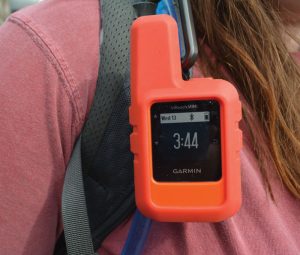 Amanda will wear a Garmin InReach that sends her location to her family every 30 minutes.

When she was growing up, Amanda attended outdoor adventure programs at Lutheridge, the Lutheran church camp in Arden. One summer, she hiked a 22-mile portion of the Appalachian Trail. Closer to home, she’s hiked a Morrow Mountain State Park and the Carolina Thread Trail to prepare. And she’s put in lots of hours on the stair climber at the gym, she says.

She plans to set up camp around 2 or 3 each afternoon, and be on the way again shortly after sunrise.

When Amanda told her mom of her plans, she reacted about how you’d expect. Tammy didn’t want her to set out alone. Fortunately, Amanda has a Garmin In Reach device that sends out her location every 30 minutes. Amanda’s family, which includes her grandparents, Don and Frances Heglar of Kannapolis and John and Earla Williams of Ohio, can receive her location via app, so that’s somewhat reassuring, her mom says.

“I’m trying my best to be supportive and enthusiastic for her,” Tammy says. “There are going to be people on the trail the entire way.”

But she admits she’s also worried.

“You raise your children to be independent and self-sufficient,” Tammy says, “and then when they get to that point, you say, ‘Oh no! They can’t do that!’” 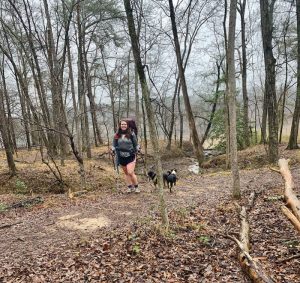 But Amanda has been preparing for the trip for two years, her mom says — and really her whole life, in a way. “She has saved her money. She’s motivated and dedicated. I’m proud of her, but it still doesn’t take the fear and worry out of me. It is going to be hard to see her walk off on the trail.”

But Tammy also knows her daughter is doing what she loves.

When Amanda completes school, she says she wants to do something in the medical field. Her dad is a retired paramedic. Her mom, who lives in Mount Pleasant, is a nurse practitioner with ProMed in Salisbury.

Amanda doesn’t have room in her backpack for any books, but she does have her Bible on her phone. She says that Isaiah 41:10 is the verse she’ll carry in her heart the next six months.

“I’m going to spend more time in nature, learn more about myself, and come closer to God,” she says. “You’ve got to do the things that scare you, or you’re not gonna grow.”

Vegetable crops show promise despite all the rain