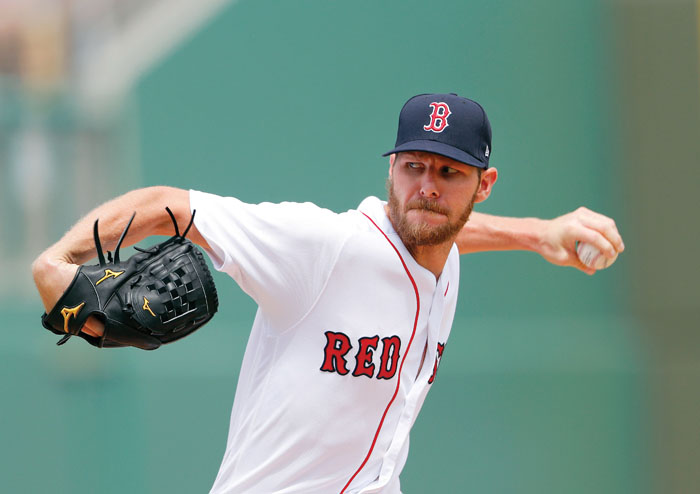 CLEARWATER, Fla. (AP) — A day after an errant fastball bruised his right ankle, Phillies slugger Bryce Harper said he had no concerns about being ready for opening day.

“As of right now, no,” Harper said Saturday. “If I felt that way then I’d probably tell you guys. I really don’t.”

Philadelphia manager Gabe Kapler said he wasn’t worried about Harper being set for the opener on March 28 against Atlanta.  Harper, who recently signed a record $330 million, 13-year contract, agreed with that assessment.

“Felt good today coming in,” Harper said. “I was a little sore. Just trying to keep the swelling out, things like that.”

X-rays were negative and Harper was listed as day to day. He was struck by a 96 mph fastball from Toronto rookie Trent Thornton in the sixth inning of Friday’s game. Harper sat out Saturday’s exhibition against Houston.

When asked about dodging a major injury, Harper replied “I wish I would have dodged the ball.”

He’s 0 for 5 in 10 plate appearances in four exhibition games.

“It’s definitely important to get back out there and get the at-bats that I need,” Harper said. “But also being smart. I’d rather be healthy than get my at-bats.”

Chris Sale made his spring debut for Boston, striking out seven in four scoreless innings. AL MVP Mookie Betts hit his first home run and singled. Jackie Bradley Jr. had an RBI double and stole a base.

Yankees outfield prospect Estevan Florial broke his right wrist when he ran into the wall.

The 2018 first round draft pick connected off Kyle Barraclough. Andrew Knizner hit a two-out, three-run homer to cap a five-run ninth off Doolittle.

Robinson Cano had a double and two singles, boosting his average to .457 for New York. Michael Conforto had a two-run homer and RBI single. Starter Jason Vargas gave up four runs on five hits and two walks in four innings.

Mike Clevinger made his second start for Cleveland, pitching four innings and allowing two runs. Roberto Perez had a double and two singles.

Albert Pujols got another hit and is batting .414 for Los Angeles. Trevor Cahill started for the fourth time, pitching four innings and giving up two earned runs on four hits and a walk.

Anthony Rizzo doubled and drove in two runs for Chicago. David Bote had a solo home run and RBI single. Kyle Hendricks made his fourth start, pitching 3 1/3 innings and yielding one run.

Ildemaro Vargas had two doubles and a single, driving in Arizona’s run.

Brandon Crawford doubled and singled twice San Francisco. Buster Posey had an RBI triple and a run-scoring single. Joe Panik had three singles, scoring twice and raising his average to .517. Andrew Suarez made his second start, pitching 3 1/3 innings and allowing one run.

Jesus Aguilar had a two-run single for Milwaukee’s split squad. Yasmani Grandal had a double and single.

Nolan Arenado had a double and two singles for Colorado. Trevor Story hit his third home run. Gray made his fifth start, pitching five innings and yielding two runs and striking out eight.

Shelby Miller made his fourth start for Texas, pitching 3 1/3 innings and allowing one run. Hunter Pence doubled in a run.

Ivan Nova made his third start for Chicago, pitching 4 1/3 innings and giving up two runs.