How does Piedmont Players pick shows and develop seasons?

“Shakespeare in Love” was to have been the second show of the Piedmont Players 2019-2020 season in February.
For some reason we still don’t fully understand, the rights were not available when we began to prepare for the production. We thought they were, but they weren’t. We have had to wait for rights before (“Peter Pan” for instance, and “Grease”) but never had the rights seemed to be available and then they weren’t.

Now we are announcing the production of Neil Simon’s “The Odd Couple (Female version)” in June.
How did we get there? How does Piedmont Players pick shows and develop seasons?

First of all, we didn’t find out “Shakespeare in Love” was not available until the fall of 2019. Auditions were to be in December. To find a new show and get the word out to actors about performance and audition dates was going to be pushing things. 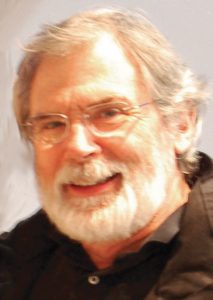 So.
We decided to move “Lunch at the Piccadilly,” scheduled for June into the “Shakespeare in Love” slot. Many actors were familiar with the main story of the show because of the brochures and web site postings, and some were already planning to audition.
The cast was not huge, making the odds of finding a good cast better on short notice. Remember, some actors have to check family obligations and work obligations to be able to do a show. Some prepare and plan as much as a year in advance, even though we have open auditions and they are not sure they are going to be cast.
This seems to have been a good move.
“Lunch at the Piccadilly” turned out to be a good show — very popular and with a great cast.

At the same time, Piedmont Players has a playreading committee that began collecting ideas and reading scripts. Since “Shakespeare in Love” was a costume piece, ideas for period plays were passed around. Two emerged: “Amadeus, the story of Mozart” and “Les Liaison Dangereuses, (Dangerous Liasons).”
Also, since the show was going to be late spring/early summer, comedy seemed to be a good idea. “The Odd Couple (Female Version)” was one script the committee read, as well as “On The Razzle” by Tom Stoppard (one of the writers of “Shakespeare in Love”). “Les Liaisons Dangereuses” was done by Piedmont Players in 1991 while still located at Catawba’s Hedrick Little Theater. Since its mood is very dark, we decided it was not the show to do right now, given the dark tensions in the world.
“On the Razzle” is a very funny farce based on the story that later became the musical “Hello Dolly.” But it has a huge cast and not many people know the show, so getting a large cast together by the spring might be problematic. You may see “On The Razzle” in a year or two on the Meroney stage.

So.
We’re down to two shows on our list. And then we started hearing from the Piedmont Players audiences at performances of “Lunch at the Piccadilly.”
“When are you going to announce the new comedy?” “What comedy are you doing this spring?”
The community wants a comedy? We can do a comedy.
The male version of “The Odd Couple” was done by Piedmont Players in 2005 starring Gary Thornburg and Bob Paolino as Oscar and Felix. It was a huge hit and played to packed audiences.
Neil Simon rewrote the story in 1985 and renamed the characters Florence and Olive. Instead of the poker game in the male version, four female friends come over for a game of Trivial Pursuit. Sally Struthers and Rita Moreno played the female odd couple.
The cast is small (6 women and 2 men), making casting possible on short notice. We had originally placed “Lunch at the Piccadilly” in June because of graduations, proms, and vacations at that time of the year for the younger actors who work with Piedmont Players.
All of the characters in “The Odd Couple (Female Version)” are older. (Not old! Just adult, not kids).

We think this will be a fun evening at the theater and an interesting look at (for some people) a familiar story.
Tickets are on sale now at PiedmontPlayers.com

And don’t forget, “Mamma Mia” opens April 4 and “The Wiz” is coming this summer!

And oh —
We just got word that the rights for “Shakespeare in Love” may be available to us in the coming year or two. Stay tuned …