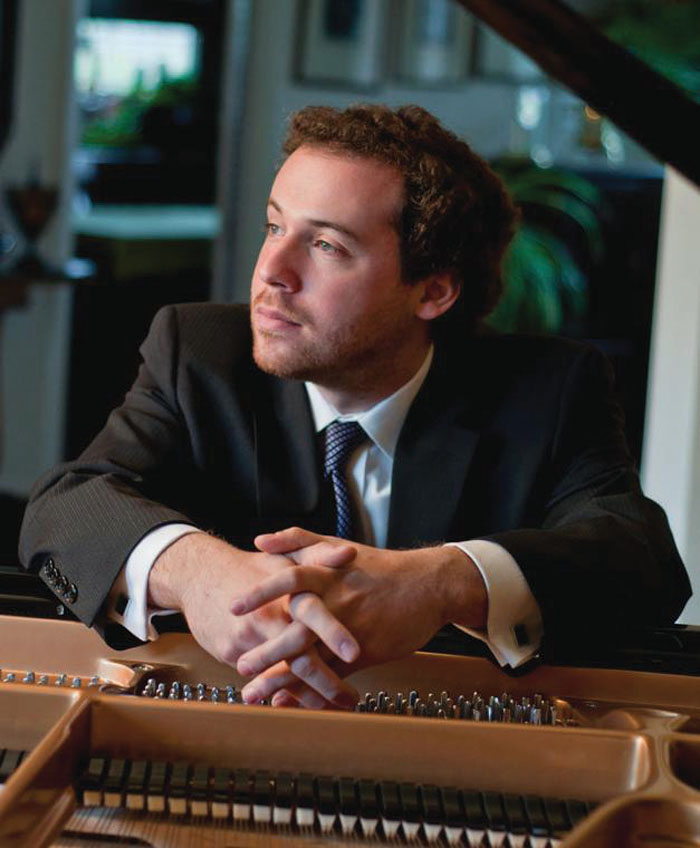 The Salisbury Symphony will present a concert on Saturday, March 23 that features the piano virtuosity of classical pianist Solomon Eichner, an internationally accomplished performer.
In addition to the rare opportunity of seeing Mr. Eichner perform, this particular Masterworks concert has much to offer, particularly for the classical music lover.

The first piece performed will be the Overture to The Magic Flute by Mozart, an introduction of sorts to an opera performance written in 1791. The Viennese public at the time was especially fond of comic pieces with Oriental or fantastic settings, and The Magic Flute was such a piece with a story about a fantastic flute that could bring help when played.
Interestingly, Mozart died not long after The Magic Flute was first performed and was never paid for his work; Mozart’s widow fought creditors for years while The Magic Flute made money all over Europe.
While you might expect the overture to feature a flute, it actually does not. Instead, it mixes a bit of a somber introduction – three chords, along with three loud knocks reminiscent of Mozart’s Masonic background – with more lively, even frivolous parts, with especially surprising accents which strike in entirely unexpected places.

After the Overture, Keppel Auditorium’s grand piano will be moved to center stage for the second piece, Mendelssohn’s Concerto No. 1 for Piano and Orchestra in G Minor featuring Mr. Eichner. In any concerto, there is typically a soloist conversing with a larger ensemble, and the piece is usually divided into three movements (sections), usually in the order of fast, slow, fast.
This particular piece was written by Mendelssohn expressly to highlight the skill of the piano soloist and the piano’s capabilities as a solo instrument. Consequently, it is quite technically demanding, but Eichner is clearly up to the task.

Second Salisbury visit
The remarkable Mr. Eichner performed just a year and a half ago as a guest of the local branch of the English Speaking Union, where he was so impressive that he was invited to appear at the March 23 concert. Since 2013 Eichner has accumulated a host of awards including 2nd prize at the 2013 Liszt-Garrison International Piano Competition, the Chinese Award in the 2013 International Young Artists Competition at Catholic University in Washington, D.C., the 2016 “GoldenKey Debut” International Competition in New York City and 2nd prize in the 2016 Miami Music Festival’s Concerto Competition, among others.
The Baltimore native received his Doctor of Musical Arts degree from the University of South Carolina in May 2017, where he held a position as staff accompanist with a full scholarship and studied with Dr. Marina Lomazov and Dr. Joseph Rackers.

Following Mendelssohn’s piano concerto will be Prokofiev’s Symphony No. 5 in Bb Major, which happens to be one of David Hagy’s all-time favorite pieces. In fact, this will be the second time he has directed the Salisbury Symphony in the performance of this piece, the first time being some 28 years ago in his first few years as the Symphony’s conductor.
“This symphony is one of the grandest, most emotional pieces ever written for orchestra,” says David, emphasizing that it was written in the summer of 1944, at the height of Russia’s involvement in World War II.
Though it was composed at a time of worldwide upheaval, the piece only momentarily nods to the dark, somber future that appeared to lie ahead. Instead, Prokofiev seems to strike a hopeful note, particularly at the end.
In a statement he gave explaining the work, the composer noted that he intended it to be “a hymn to free and happy Man, to his mighty powers, his pure and noble spirit,” which is the inspiration for the title of tonight’s performance.

Short talk and introduction
Maestro David Hagy will give a short talk with more details about the evening’s performance starting at 7 p.m. in the auditorium, and WDAV Radio host Myelita Melton will give the introduction to the concert.
Beverages will be available for sale both before the concert and during Intermission. Come as early as 6:30 p.m. if you wish to enjoy a bit of socializing before the concert.
The Salisbury Symphony presents “Pure and Noble Spirit” featuring pianist Solomon Eichner at 7:30 p.m. on Saturday, March 23 at Keppel Auditorium in Salisbury. Tickets are available online at www.salisburysymphony.org or by calling the Symphony Office at 704-216-1513.