Meals on Wheels Rowan delivers — this time, barbecue for its supporters 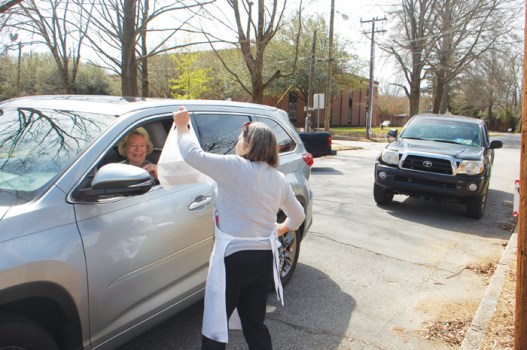 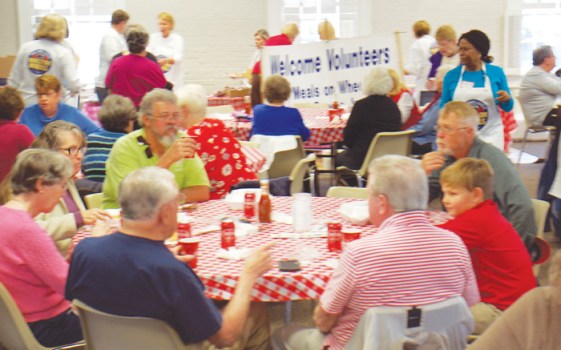 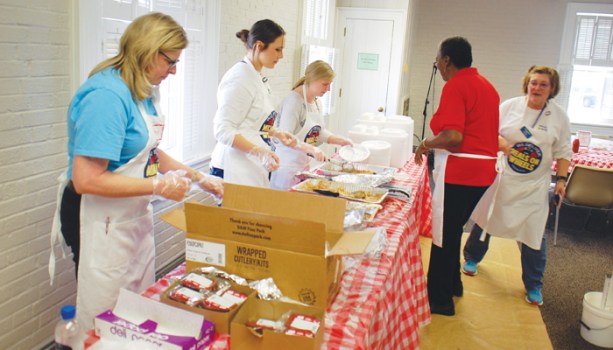 Putting together Tuesday's barbecue dinners for the Meals on Wheels' fundraiser included Amy Ritchie, Kelly Shawver and Tara Smith on the left side of the table, with Flora White and Executive Director Cindy Fink on the right. Mark Wineka/Salisbury Post

SALISBURY — Meals on Wheels Rowan held its 11th annual barbecue fundraiser Tuesday with a constant flow of supporters coming to First Presbyterian Church for a dine-in lunch or picking up dinners at the drive-up tent on South Jackson Street.

Volunteers also delivered scores of dinners to businesses that placed large orders. In addition, preordered barbecue dinners were available at three satellite locations in the county.

Dine-in dinners were available from 11 a.m. to 2 p.m. at the church. Pickups on Jackson Street lasted until 6 p.m.

Cindy Fink, executive director, welcomed the sunny weather and said 90 volunteers were involved in the fundraiser, which included the option of buying a dinner and sponsoring one for a homebound senior (“Eat One, Feed One”) at the combined price of $15.

Fink thought this year’s barbecue fundraiser would prove to be one of the biggest. Depending on loyal volunteers, Meals on Wheels Rowan delivers about 230 meals to homebound clients Monday through Friday.