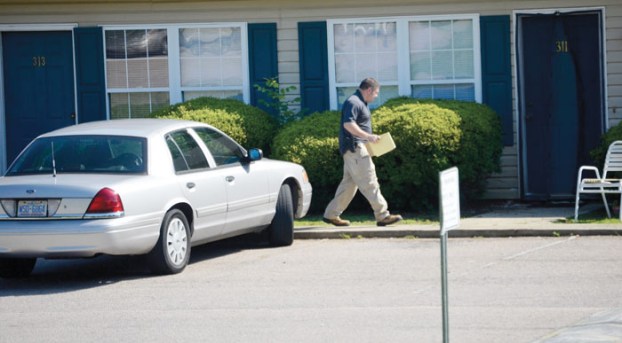 SALISBURY – Less than two hours after deliberations started, jurors on Wednesday found Sindy Lina Abbitt and Daniel Real Albarran guilty of murder in the death of 38-year-old Lacynda Feimster, who was shot and killed in 2016 inside her home at Crown Point Apartments.

After a morning and afternoon of hearing from attorneys in the case, jurors returned Wednesday with unanimous verdicts. Both Abbitt and Albarran were sentenced to life in prison without parole.

The two were charged in 2016 with first-degree murder, attempted robbery with a dangerous weapon and assault with a deadly weapon for an assault on Feimster’s mother, Mary Gregory. 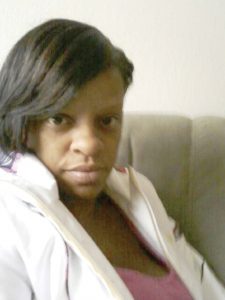 Feimster, who was known to her family as Lucy, was a mother of four and a waitress at O’Charley’s restaurant in Salisbury.

Gregory, who was the first witness to take the stand more than a week ago, told jurors that Abbitt and Albarran forced their way into the apartment on May 24, 2016, and later killed her daughter in front of her.

Gregory testified that Abbitt repeatedly asked her daughter for money that she didn’t have. Albarran initially waited in the living room with Gregory and her grandson, Feimster’s 3-year-old son, Meaco.

At some point, they all were in a small bedroom Feimster shared with her son.

In his nearly two-hour closing argument, Assistant District Attorney Clayton Jones said May 24 started out as a normal morning for Feimster and her family. She had gone to work, Meaco had gone to daycare and Gregory was at home.

“Lucy came home, and that’s when things were no longer normal,” Jones said.

Jones recounted two or three phone calls Albarran received while inside the home from someone asking where someone was located.

“This is not a normal Tuesday, folks,” Jones said.

He told jurors that Abbitt struck Gregory in the face with a gun. Gregory was unconscious for a period, came to and then witnessed her daughter being shot while Feimster cradled Meaco.

Jones recalled that Abbitt said to Feimster before she shot her in the head: “you should’ve just given me the (expletive) money.”

“She watched her daughter be executed,” Jones said.

Gregory called 911 and ran to get help. She went to the hospital for her injuries and two days later was at the Salisbury Police Department looking at a photo line-up.

Jones said the evidence was more than coincidental, such as the cellphone calls and text messages that connected Albarran and Abbitt’s phones.

“They were together, and they planned this. How can I say this? The defendants aren’t smart,” Jones said.

He said the defendants tried to rob someone who didn’t have money.

Abbitt and Albarran never found any money in Feimster’s home, nor did police investigators.

“They just got it wrong,” Jones said.

Attorney Karen Biernacki said Albarran did not disagree with how tragic the death of Lacynda Feimster was, but what he did disagree with was “Who done it?”

She said the state’s case was weighted heavily on Gregory’s testimony and her identification of Albarran and Abbitt.

Biernacki said Feimster tragically lost her life but that two other lives were hanging in the balance.

She reminded jurors that police neither tested white latex gloves they found during the investigation nor red tennis shoes that were seized from Abbitt’s home. Gregory told the court in her testimony that Albarran wore dirty latex gloves and Abbitt wore red tennis shoes on the night of the murder.

She said police also didn’t test the cellphone that Gregory used to call 911. In her testimony, Gregory said Albarran took her phone from her.

Abbitt’s attorney, Teresa Church, compared the events that unfolded that day to a story. She told jurors about the characters of the story and the who, what, when, where and why.

Church apologized to jurors for not giving an alibi for her client. She said that, through police Detective Travis Shulenburger, Abbitt gave the names and numbers of family and friends who could confirm she was at a cookout that night.

If someone was going to rob Feimster, why didn’t they take her purse, which investigators said was on the kitchen table when they arrived, Church asked. Her mother’s purse was in Feimster’s bedroom in Meaco’s crib, untouched.

Church also questioned why investigators didn’t run fingerprints on the door of the home, the crib or any other places in the apartment that Gregory said they touched.

She noted that Abbitt wasn’t named a suspect for at least three days after the murder.

“That stall is important,” Church said.

After the verdict was read, Feimster’s brother, Meaco Rucker, spoke to the court.

Rucker said the verdict had been “a long time coming.” Rucker said he had a lot to say, but decided to just say a few words.

“There’s no winners in this courtroom,” he said. “The families behind me, everybody’s hurt.”

Rucker said he forgave Abbitt and Albarran a long time ago because he couldn’t live with hate in his heart.

Relatives of Feimster, Abbitt and Albarran all cried as the verdict and sentences were delivered.

In addition to her life sentence, Abbitt was sentenced to six to eight years for attempted robbery with a dangerous weapon and 150 days in prison for assault with a deadly weapon.

In addition to his life sentence, Judge Lori Hamilton sentenced Albarran to seven to nine years on the attempted robbery charge and 150 days for assault with a deadly weapon.

As she was led out of the courtroom in handcuffs, Abbitt mouthed, “I love you,” to her family.

Albarran, who was also handcuffed, blew a kiss to his family.