The long and short of basketball uniforms 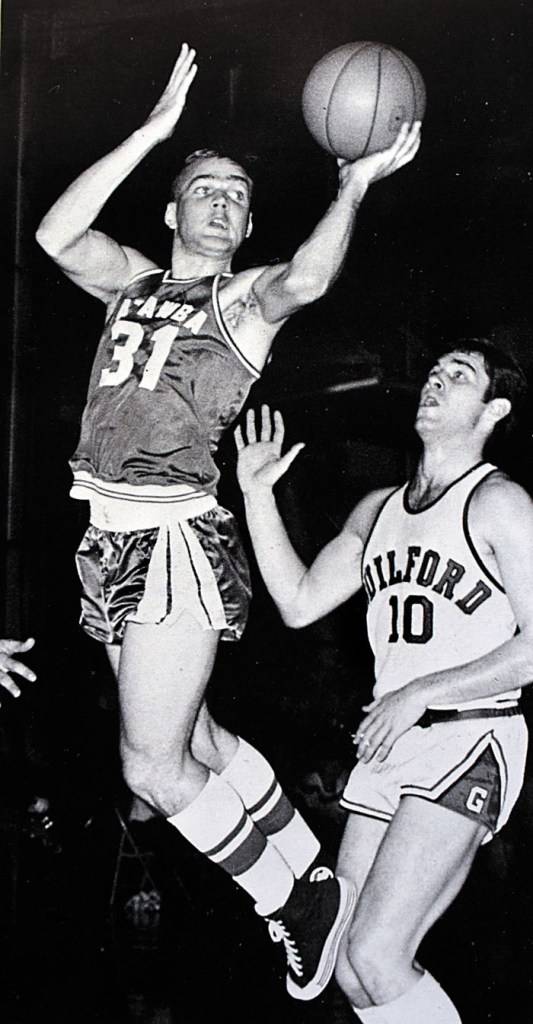 Photographing four to six basketball games a week for the Post, starting in December, I have become curious about whether I am seeing a trend in the ever-changing fashions in the game.

Maybe there is no trend at all but a mindset of some players to pull up the long, baggy legs of their uniforms and roll them up to shorten the length of the legs. Could it be that the long, baggy pants legs actually get in the way of the players’ movement on the court? Could dribbling the ball around your legs be more difficult with baggy pants?

The trend seems to be more among the women players than the men. I have noticed the trend with the local high school girls and the Livingstone and Catawba college women as well as the opponents they play.

At the time of the invention of basketball, players wore most anything they had in long pants. Wanting to look athletic, some men wore football pants. During the 1920s and ’30s, medium-length shorts were the fashion. Most shorts were stitched from wool.

As new fabrics were developed, wool was replaced with more comfortable fabrics. Wool was hot and didn’t absorb sweat. In the 1950s and ’60s, men played in short shorts. Really short shorts. The women wore bloomer-style shorts usually with an elastic band tightly fitted around the puffy legs.

The ’60s shorts were more form fitting. Long knee socks appeared along with head bands to keep the players’ long hair out of his or her face.

Basketball fashion historians credit Michael Jordan with the change to baggy shorts below the knee. Jordan had a habit of taking hold of his shorts at the legs in front and bending over when playing to catch his breath. Around 1984-87, he requested his custom-made shorts be made longer so he could grab the legs. Jordan got his longer game shorts.

In the 1990s, the leg length grew longer to extend below the knees. The sportswear fashion designers began playing a larger role in the design of the uniforms. The culture of the period was influenced by hip-hop music and clothes of the era. Shorts became looser fitting and more brightly colored, and the concept of team unity and spirit could be emphasized through the uniforms and colors.

Interestingly, women’s uniforms have followed the men’s styles and they, too, are playing with sleeveless jerseys. The once loose jerseys are now tighter for men and women. The loose baggy jerseys could be grabbed and pulled on by your opponent, and you could be pulled out of the way. Thus, tight jerseys are preferred.

The Carson High School girls have worn their shorts a few inches above the knee this year with more form-fitting shorts. The shorts for other local schools are baggier and longer; thus the players need to roll the pant legs up and tuck them out of the way.

With the season ending, it will be interesting to watch the changing trends in basketball uniforms for next year.