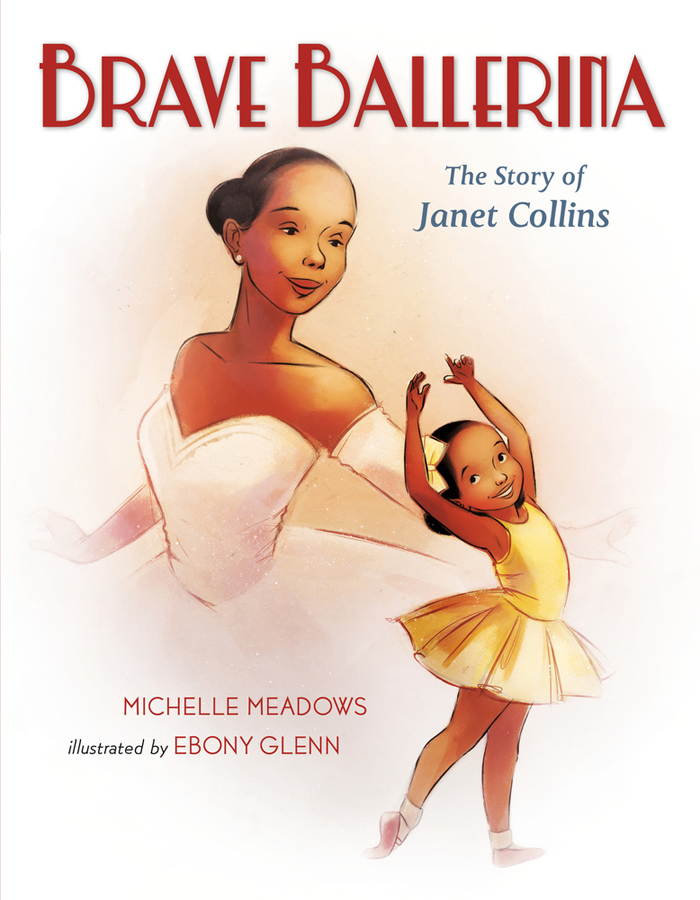 Brave Ballerina: The Story of Janet Collins “Brave Ballerina” (ages 3-7) begs to be read aloud. The book, by Michelle Meadows, tells the story of Janet Collins, a gifted dancer born in New Orleans in 1917, a time when many ballet companies would not accept a black artist. Meadows’ simple rhyming narrative introduces young listeners and readers to the moments that made up Collins’ road to success as a dancer — including the young ballerina’s own hard work and the strong support of her family — and to the heartbreaking ways she was thwarted by racial segregation. Ebony Glenn’s graceful, friendly illustrations show Collins as a child, arms outstretched in the joy of dancing, and later as a young woman working to perfect her art in lithe poses and wearing beautiful costumes. Collins became the Metropolitan Opera’s first African-American prima ballerina.

Hedy Lamarr’s Double Life Hedy Lamarr’s initial heyday came during World War II, when she starred in Hollywood movies and raised funds for the American War effort. But the glamorous actress (1914-2000) also had an unusually inventive mind, and she is belatedly being celebrated for her discoveries. There have been magazine articles, a major biography and a feature-length documentary (aptly named “Bombshell”); now there are two illustrated books for children celebrating her work. Hedy Lamarr’s “Double Life” (ages 5 and up) starts by showing how Lamarr’s creativity emerged early in her Viennese childhood. Laurie Wallmark’s lively biography also explains Lamarr’s most brilliant idea, which improved the guidance system for torpedoes and led to today’s wireless communications.

Watch Us Rise At the beginning of the powerful, intelligent YA novel “Watch Us Rise” (ages 13 and up), best friends Jasmine Gray and Chelsea Spencer announce their goal for junior year: to “totally shut down the patriarchal systems of oppression.” Co-authors Renee Watson, who won a Newbery Honor last year for “Piecing Me Together,” and poet and activist Ellen Hagan chart the course as their two protagonists take strong action to do just that. Marginalized and even mocked for their feminist stance on body shaming, racism and artistic integrity, Jasmine, a black actress and writer, and Chelsea, a white poet, start a club “specifically for women” at their progressive high school. When their blog goes viral, the young women must deal with the mixed reactions: affirmation from kindred spirits, resistance from fellow students and disciplinary action from the principal. The novel emerges as especially nuanced when the girls must work through occasional self-doubt and a fraught incident in their friendship.

And it offers a model of complex, tender men in Jasmine’s gravely ill, community-minded father and her supportive friend Isaac. Through this intense year of change and growth, Jasmine and Chelsea persist in speaking their truth, offering a galvanizing, sharply realized example for readers struggling to find their own voices and authentic place in the world.

George Singleton, you crack me up