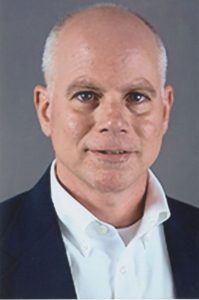 Glenn Overcash, PE, received the 2018 Kiesling Award at the 2018 National Storm Shelter Association Conference on Nov. 14, 2018 in Chicago.
The Kiesling Award is given annually to an individual for outstanding service and contribution to the storm shelter industry through effective initiative and leadership. Storm shelters are buildings or spaces within buildings designed and constructed to provide life-safety protection during extreme wind events such as tornadoes and hurricanes.
Since 2010, Mr. Overcash has worked in the Building resiliency Group at AECOM (formerly URS), primarily in support of FEMA’s Building Science Branch and its mission to mitigate future losses of life and property from natural and human-caused hazards.
He has deployed with several FEMA Mitigation Assessment Teams (MATs) to assess building performance under high wind conditions, including the Spring 2011 tornado outbreak in the Southeast, Hurricane Irma in Florida, and Hurricane Michael.
The resulting published FEMA MAT Reports, available for free download, inform best practices for design and construction of buildings and support improvements to building codes and engineering standards.
In addition to advocating for clearer storm shelter-related provisions in model codes and referenced standards, Overcash works with his team to develop guidance for storm shelters and FEMA safe rooms through development and delivery of FEMA publications, fact sheets and trainings.
Mr. Overcash graduated from UNC-Chapel Hill in 1989 with a BA in anthropology and graduated magna cum laude with a BS in civil engineering from NC State in 1997. A registered Professional Engineer in North Carolina, he lives with his family in Gaithersburg, Md.
Prior to his roles with URS and AECOM, he worked for 12 years with Southern Engineers, PA in Raleigh.
Present at the ceremony were his wife Loanna, son Alex, father Tom Overcash, sisters Donna Clements and Margaret White and brother-in-law Don White.
Glenn Overcash is the son of Tom Overcash and the late Linda Overcash.

Brad Hunter’s a popular choice for Love Thy Neighbor…