Darts and Laurels: Faith school has case for staying open 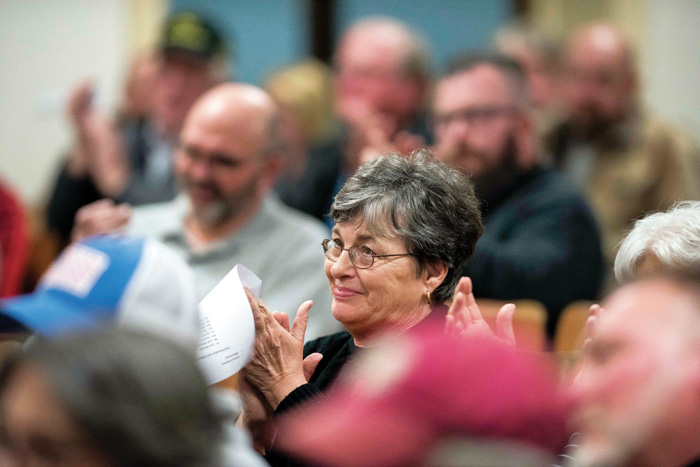 Laurel to parents of Faith Elementary School students and organizers of an effort to stave off a proposed closure.

A group of more than 100 met this week to discuss a plan of action.

While much is uncertain about the school system’s closure and consolidation plans, including when it will happen and how it will secure funding for plans outlined in November, one thing is certain — the Rowan-Salisbury School Board is still thinking about shuttering Faith Elementary.

The small town’s school is in three of the several redistricting scenarios actively being considered by the school board. Depending on the scenario selected, students at Faith could be shuffled to one of five elementary schools — Shive, Rockwell, Koontz, Granite Quarry or China Grove — according to scenarios presented in February.

It seems likely that students will move regardless of whether Faith Elementary School closes. Reining in maintenance costs will require some not-so-pleasant changes.

But we think the Faith community has a compelling argument for keeping their school open — if it’s not broken, why change it? The school consistently ranks among the best in Rowan-Salisbury Schools.

Dart to State Rep. Larry Pittman for his statement March 2 at the Rowan County Republican Convention.

Pittman, a Republican who represents the 83rd House District, said he would “not vote for anything for UNC until Silent Sam is put back.”

The Confederate monument at the University of North Carolina at Chapel Hill was pulled down by protesters in 2018 and a plan for what happens next is unclear.

Sure, Pittman wants the statue returned to its pedestal, but it’s childish to vote against funding for or projects at a state university over the placement of a statue.

Laurel to the continued good work of the Rowan County Sheriff’s Office, which began investigating a murder in Woodleaf in the early hours of Sunday, March 3, knew their suspect was on the move that afternoon and arrested him in Robeson County on Monday.

Rowan sheriff’s deputies couldn’t have done it without cooperation among law enforcement agencies, but this week’s incident is a testament to the phrase that “you can run, but you can’t hide.”