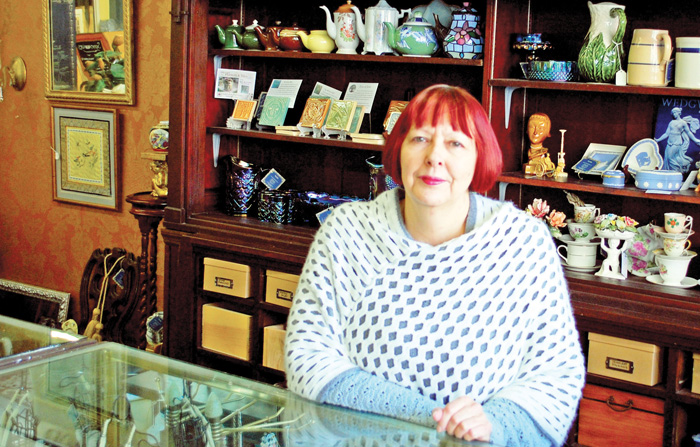 SALISBURY­ — Rekindling the spirit of First Friday and Busker’s Bash, merchants of the 100 block of West Innes Street will celebrate their bustling new downtown shops and boutiques with a block party Friday evening.

The block party is to welcome the upcoming Bell Tower Green Park and downtown revitalization in general.

“It is going to be festive,” said Dileika Wilson, co-owner of Timeless Wigs.

The 100 block is “old mixing with new,” Wilson said, describing the block party as an “updated version, in some aspects,” of First Friday. First Fridays ended in 2018 after five years, encouraging people to visit shops with activities across downtown.

The block party will be from 5 to 9 p.m. Friday. Participating businesses will host activities at their discretion, ranging from live music to door prizes and food and drinks.

It is the first time in roughly 15 years that almost every storefront property on the 100 block is full, Clark said. And there is almost 100 percent participation from the stores in the celebration, she said.

She said people have an idea that downtown is between Fisher and Innes streets. There’s a misconception that the 100 block of West Innes is all empty storefronts, but that is not the case anymore, she said.

Clark said she first moved to the area four years ago and opened her downtown shop last April. Clark said she is excited to see new businesses popping up, including a hair salon, antiques store and bottle-beer shop, which recently received rezoning approval from the city.

The block party will “bring light” to the block and downtown, showcasing Salisbury’s historic charm and appeal, Wilson said.

Promoting local business on the street is only half of the block party’s goal, however. It also aims to create public awareness of downtown’s redevelopment.

There has been a “misnomer for quite some time that downtown Salisbury is dangerous,” Clark said. She hopes Friday’s promotion will dispel that myth, too.

“Because it is just not true,” she said. “We (already) have lots of out-of-town shoppers. You don’t have to shop in Charlotte and Greensboro.”

Comparing Bell Tower Green park to the new Bailey Park in Winston-Salem’s business district, Wilson said she is excited about the new attraction for downtown.

The block party is open to the public.

‘How are we doing, Millbridge?’: Harwood, band inspire talent…