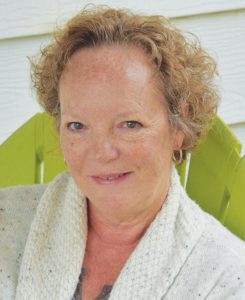 Our firstborn lives in the Midwest. We visited by phone this morning on her way to get groceries. When she stopped for gas, I heard her say as she pushed the buttons, “NO, I do NOT have a rewards card. NO I do NOT want one. NO I DO NOT care about saving money. YES! I need a receipt! What? Now you’re out of paper and I have to go inside? Do you not know it’s 3 stinkin’ degrees out here? STOP with all the questions! Just give me the gas for crying out loud!”

Her door slammed and her voice returned to her normal pleasant tone.

“Hey Mama. How are you? How was your week-end?”

“Are you freezin’ Darlin’?” I laughed at her misery. According to my phone it felt like negative 11 in Ramsey, Illinois where she lives.

“It’s so COLD!” she confirmed as she cranked up the heater hot enough to singe the hair off her legs. Except I’m pretty sure she was wearing several layers of britches.

“It snowed the whole time we were in church yesterday. Our cars were covered when we got out. Then last night we had a fellowship meal and wondered if anyone would come. We had a great crowd and a really good time!”

I smiled at my daughter’s cheery disposition, well… minus the whole pumping gas thing. She is one of the most positive and encouraging people I’ve ever known.

Her oldest daughter had a wreck last week in South Carolina where she attends college. Thankfully it was not her fault. Someone ran a red light and did several thousand dollars worth of damage to her vehicle. Stephanie was saying how thankful she was that Mykaela was not seriously injured.

“She’s pretty sore, and very shook up. Her car isn’t drivable, but they gave her time off from work. The other person’s insurance has been amazing and very helpful. It could have been so much worse.”

I glanced out the window as she told me about the things on her plate for the next few days. To me it was overwhelming. She’s writing a VBS curriculum, planning her sessions for a ladies retreat, and putting the final touches on a Girls’ Conference hosted by her church this week-end.

I looked at the mud that’s puddled up all around our house. The yard is so squishy it’s hard to get to the bird feeder, or anywhere else for that matter. It poured down again last night. I hate all this rain and silently wondered if it would ever end. Her words broke into my thoughts.

“Jeff and I spoke at a couples retreat for pastors and their wives this past weekend. It went really well, even the games. I came up with a Jenga game where we told something encouraging about our spouses and churches according to the stickers we drew. It was so much fun!”

Personally I’d rather stick a fork in my eye than play games which also require sharing my soul. I hate to admit it but I may be entering the early stages of Crudmudgeon.

Another glance out the window revealed tiny birds taking a splash in the puddles under the feeder. They seemed as happy as-if they had good sense.

“I’m at Aldi’s in the parking lot. But the Jeep is really warm now. We can keep visiting if you’d like!”

I couldn’t help but smile as Stephanie continued. One can learn a lot from birds… and daughters… especially when they bring their own sunshine.