Cokie and Steven Roberts: The perils of myth-making 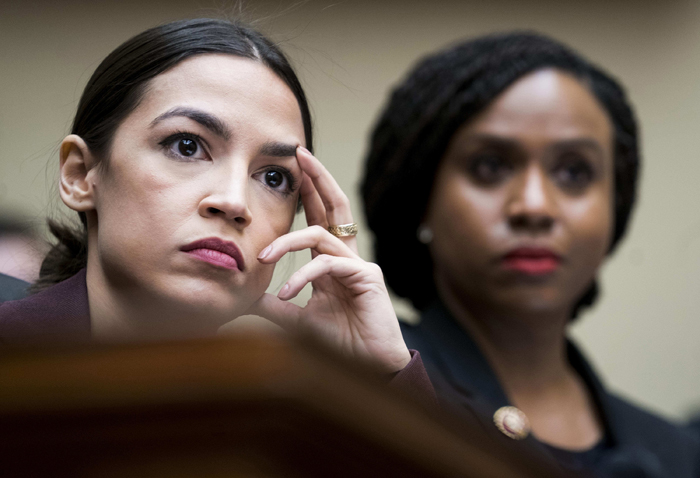 But as a role model for Democrats who desperately want to defeat Donald Trump, AOC is not A-OK. She represents New York City, one of the most liberal cities in the country, and as a self-proclaimed democratic socialist, her radical views on issues like “Medicare-for-all” and a “Green New Deal” fall far outside her party’s mainstream — let alone the national consensus. In the latest NBC/Wall Street Journal poll, only 18 percent viewed the term “socialist” favorably.

“There is, without a doubt, a myth that Alexandria Ocasio-Cortez somehow represents the narrative of Democratic primary voters in the country,” Democratic pollster John Anzalone told The Washington Post. “Almost half of them identify themselves as moderates or conservatives.”

Moreover, she reflects an intolerant impulse among Democratic leftists to purge the party of moderate heretics. After 26 of her fellow House members voted with Republicans to make it harder for undocumented immigrants to purchase guns, AOC threatened to put them “on a list” for primary challenges.

“Since when is it OK to put you on a Nixonian list?” Rep. Josh Gottheimer of New Jersey, co-chairman of the centrist Problem Solvers Caucus, protested in the Post. “We need to have a big tent in our party, or we won’t keep the House or win the White House.”

The myth Anzalone identifies has bedeviled the Democratic Party since the death of Franklin Roosevelt 74 years ago. Liberals do form a critical component of the party’s “big tent” coalition, and no Democratic nominee can win the White House without their support. That’s why the far-too-late and far-too-grudging endorsement of Clinton by Bernie Sanders (or BS) was so damaging.

That said, Democrats cannot capture the presidency or either branch of Congress by lurching leftward. A candidate in the AOC/BS mold would be a hero in New York, California and Massachusetts — and a disaster in states like Michigan, Pennsylvania and Wisconsin, which handed Trump the presidency in 2016 and will be critical again next year.

Ed Rendell, the former governor of Pennsylvania, stressed this point to The New York Times: “The more we have presidential candidates or newly elected congresspeople talking about the Green New Deal, talking about ‘Medicare-for-all,’ talking about socialism, the more that plays into the Trump campaign’s hands.”

Christopher Borick, a political scientist at Muhlenberg College in Allentown, Pennsylvania, added: “If you want to lock up Pennsylvania for a Democrat, the more moderate Democrats are the key.”

The numbers support them. A Gallup poll in January reported that 35 percent of Americans call themselves conservatives, the same number that identify as moderates. Only 26 percent are self-described liberals, the same portion who chose that label in 2016 exit polls.

It’s true that within the Democrats’ ranks, the percentage of liberals is rising, hitting 51 percent this year according to Gallup. But pragmatists still dominate the party. Fifty-four percent of Democrats and Democratic-leaning independents want the party to “move closer to the center” while 41 percent “would rather it shift further left.”

The same tension between purists and pragmatists is playing out in the House, where the AOC types are calling for the rapid impeachment of the president. But Democratic leaders are taking a much slower approach, with Rep. Jerrold Nadler, chairman of the Judiciary Committee, insisting that impeachment must meet a “very high bar.”

“If you’re serious about removing a president from office, what you’re really doing is overturning the result of the last election,” Nadler told Roll Call in November. “You don’t want to have a situation where you tear this country apart, and for the next 30 years half the country’s saying, ‘We won the election; you stole it.'”

That’s why Democrats should be focusing on the next election, not impeachment. No president has ever been removed through impeachment (although Richard Nixon probably would have been the first, had he not resigned). The bar is and should be “very high.”

But denying a president a second term through the ballot box is quite common, and in fact happened three times in five elections between 1976 and 1992. That bar is much lower and well within the reach of Democrats if they can avoid the myth-making of leftists like AOC and BS and focus on political reality.