High school baseball: Junior-led North might be ready to move up in YVC 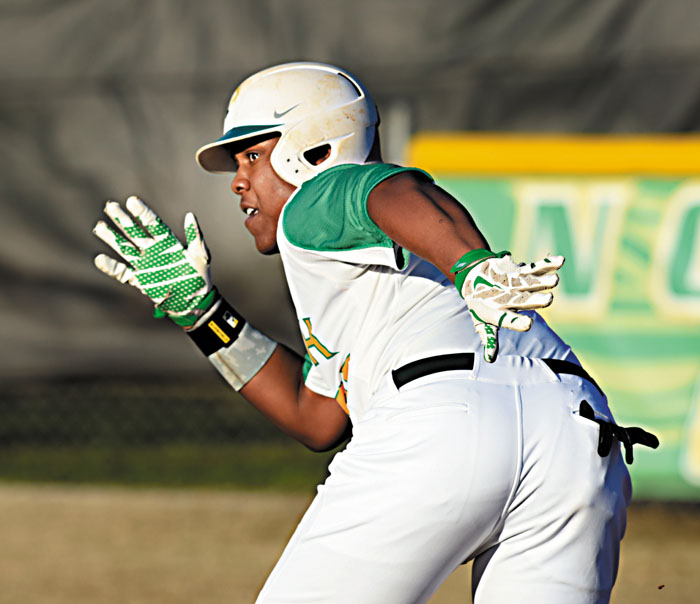 SPENCER — North Rowan didn’t qualify for the state playoffs last season for the first time since 2009.

There were two reasons for that.

First of all, the Yadkin Valley Conference is a pretty stout 1A baseball league. Uwharrie Charter, North Stanly, South Stanly and North Moore, the teams that finished ahead of the Cavaliers in 2018, have sound programs. So does West Montgomery, the team that finished right behind the Cavaliers.

Now those green sophomores are battle-tested juniors. All four co-captains are juniors.

Mike DeSantis, a first-year coach at North in 2018, knows the strengths and weaknesses of all his guys now, and they know him. That’s going to help.

“We’re excited about this season,” DeSantis said. “It’s been tough for us so far just to even get on the field with all the rain, but we do expect to be quite a bit better. This is a tight-knit group of kids, and they work hard.”

Jordan Goodine, the hard-nosed football linebacker, is one of North’s many juniors and could be the team’s best player. He likes football, but he loves baseball and hopes to play baseball at the next level. He’s a southpaw hurler, but he swings right-handed, and with some pop. He’s expected to be the ace pitcher for the Cavaliers. When he’s not pitching, the sturdy 200-pounder can play in the outfield or man first base. He was second team all-county last season.

Around the infield, DeSantis has experience with junior Bryan Lawson at third base, junior Jonathan Spry at second base and junior Charlie Durham at first base.

A key guy might be new shortstop Gavin Kuld, who is tall (at least 6-foot-4) and a potential quarterback for the football team. He threw quite a few passes for South Iredell last fall.

“He’s going to help us a lot,” DeSantis said.

DeSantis envisions a middle of the batting order of Goodine, Kuld, Lawson and Durham.

The plan is for junior left fielder Caelan Stinson and either Spry or sophomore right fielder Chase Shoaf to hit at the top of the lineup. Stinson and Shoaf also are returning starters.

Sydney Patton will get most of the starts in center field and will be in the 8 or 9 hole.

That’s a lot of familiar faces, so North’s lineup and defense are potentially solid.

But the positions where there’s less certainty are the two most critical ones — catcher and pitcher.

Freshman Kaleb Burleson is opening the season as the starter behind the plate. Plan B is for Kuld to catch, but DeSantis is optimistic Burleson is ready for varsity action because he wants to leave the strong-armed Kuld at shortstop.

Kuld’s father, Pete, was a catcher during a 10-year minor league career with the Indians, Athletics, Padres, Rangers and some independent-league teams.

North’s No. 2 starter behind Goodine, who won two games in 2018, probably will be Lawson. Kuld will pitch some. Shoaf, Spry and Durham have mound experience. North will miss McGwire Smith, who logged a lot of innings and was credited with the majority of the Cavaliers’ wins last season.

DeSantis is excited about his coaching staff which will include his father, who is also known as Mike DeSantis. Patrick Hampton is helping out again, and Bill “Coach K” Kesler, who logged 295 wins as North’s head baseball coach, including a 2000 run to the 2A state championship series, will be in the dugout sharing his words of wisdom.

“That’s if Coach K ever stops driving the North Rowan basketball team around,” DeSantis said with a laugh, referring to the Cavaliers’ current playoff run.

SAC Tournament: Catawba rolls to first round win at…